Being a god has it’s perks but it can be a lonely and boring existence. Some deities enjoy creating new worlds, while others like to fight amongst one another, destroying whole galaxies in the process.

One particular lifebringer goddess found a more subtle form of entertainment. On her eternal watch over the planet she infused with life, she sees a young man expelled out of his family home and move in with his oldest friend Katie. Little does he realize that there will be much more change, sending his life down a path he could never have imagined.
This is the story of the most recent recipient of the goddesses gift, who she hopes will be just as pleasing as the others.

The game is a sandbox game created in Ren’py. Explore the world and meet unique characters, with their own stories to discover.​

v0.18 Public
V0.18 is finally here for everyone! This is a pretty big update in terms of number of new things, while some of the scenes are short, there’s a lot of story in them. There’s new scenes for every character, including the introduction of a brand new main character! There’s also some side story, photoshoots, a bunch of secrets and two small Halloween events!

v0.16.1 Public
This includes the bugfix so if you’ve been stuck trying to get the crystal, you should now be able to purchase it once again!

v0.15
This update changed quite a bit during development from what was originally planned. There was a whole house navigation overhaul, a bunch of new secrets, new ways to decorate the players bedroom and a whole bunch of story content added. It also contains the longest scene I’ve done for the game so far. I know, I said that in a previous update not long ago, but this scene beats any previous ones in terms of number of renders. I think it’s the first that hits over 110 renders for a single scene.

v0.12.2 Bugfix
– Fix the Meg visit bug.
– Fixed the Emily photostudio bug.
– Added a work around for any “Lost the nav bar” bugs
– Fixed some typo’s
– Fixed the name of the game. Finally.
– No new content, you only need to download this version if you’ve hit either of the first two bugs listed above.

v0.11 Public
– 14 New story events
– 5 New photoshoot
– 4 New side characters introduced
– More secrets!
– Lots of bug fixes
If you played any of the V0.11 beta versions, it’s recommended you load your V0.10 save and play from there as some scenes and additional options have been added.

v0.10 Patreon
– 14 New story events
– 4 new photoshoots
– 1 New location
– 2 new repeatable events
– 17 new minor events to see in the fetish club once opened
– 20 secrets hidden throughout the world
– New way to advance time, playing games on the PC!
– A huge amount of typo’s fixed. Like so many. My god so so many…

v0.7 Patreon
– 18 story events
– 5 career scenes
– 2 new items added to shop
– 2 new locations
– 2 new side characters introduced
Side characters will be characters you see from time to time, but don’t have their own stories.
– photostudio:
Use the PC in the studio to see any shoots you have done or see if there are any you missed.
Different clients will be available at different times of day, so check back often if you’re missing any!
– Added a “?” to unfound photoshoots on the players PC
– Updated some hints to make content easier to find 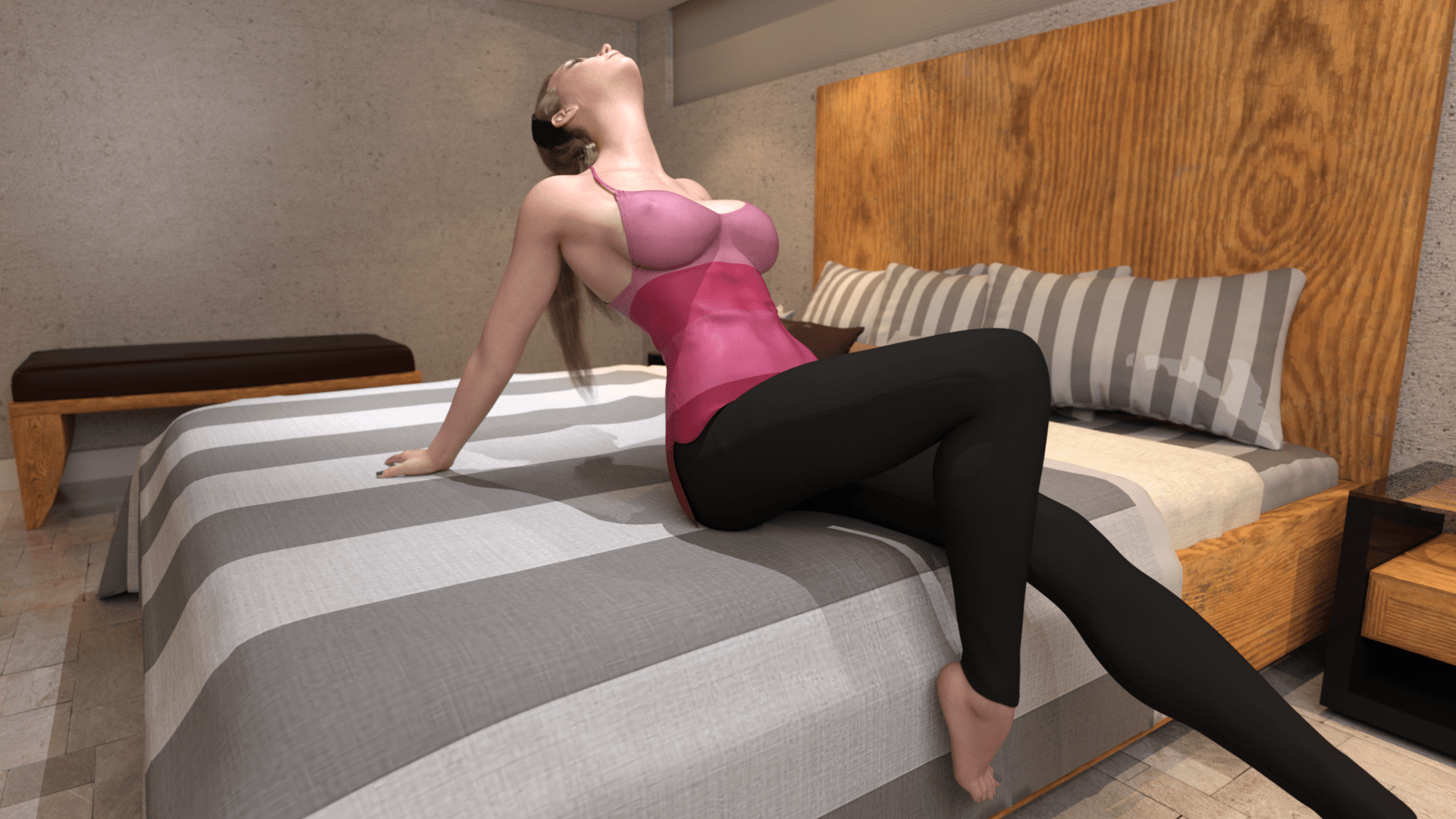