Your name is [Enter name] and you are 21 years old. You live with your roommate’s mom (relation can be changed in-game!) and your roommate (relation can be changed in-game!). Your father died before you were born, you don’t know how but… We’ll get to that later… Much later. On the day you were born, a meteor shower struck the unassuming city of Quiettown almost killing you. Because of this, you were prescribed to take pills that tasted like hell itself would spit them back out. This story begins as your mom drives you to your final check-up at the hospital. It was the day that changed your life forever.

You discover that your father was a powerful, alien super-villain who tried to conquer the world but ultimately failed (He died). If that wasn’t bad enough YOU have just found out that you also have superpowers! Will you use them for good? Or will you pick up where your father left off and become the Earth’s evil god-king! If that wasn’t enough there is a portal letting loose powerful beings from other universes both good and evil.

v0.16b
– after completing all of the content, text now says v0.16 instead of v0.15.
– fixed some instances of wrong character saying wrong dialogue
– added dark mc pics to where light mc pics were showing
– fixed NewUniform_Quest_154_black.jpg not found
v0.16a
– the “New Uniform” quest is no longer locked when playing as DARK skin dude.
– The notification bug will now appear less. (text at the top of the screen)

v0.16 public
– Added quest: Nikki Massage (195 renders, 27 animations)
– Added Quest: My Friend Taylor (346 renders, 1 animation)
– The quest log entry for the quest wetness should show when you start the quest.
– Corrected spelling error peak with peek
– Fixed more instances where incorrect characters say incorrect dialogue
– Made temp fix for error “ana_IS_Client not defined” Permanent fix would require player to start
new game, I will do this in March update. Probably.
– Chris Quests cannot be done on Bank path anymore. Fixed.
– Battle Minigame: Party members who have attacked are not shown as possible attackers anymore.
Enemies who have been knocked out are not shown as possible targets
– If you fail Hans’s interview he won’t give you delivery job.
– Added (not implemented) on Ana’s romance option.
– Removed energy variable because it is currently pointless since there is no way to replenish

v0.14.2
*THIS IS BUG FIX
– After completing intro, when the game asks you which speech skill you wanna upgrade to level 2, there is a new option “Cheat: Upgrade all to level 2”
– Fixed issues with [MC_Relationship_To_Ruby] and [What_Ruby_Call_You]
– Fixed Nikki’s name appearing on MC’s dialogue in the quest: “My Father was a WHAT!?”
– Fixed Miranda calling you (MC) Ruby’s mom!
– Fixed Ruby’s profile box appearing instead of Nina’s and Miranda’s during the quest “A New Uniform” if you expose your dangus to Ruby.
– In the quest “A New Uniform”, “raise” is replaced by “bonus”
– Replaced many instances of the word “women” with “woman” when referring to A SINGLE/ONE woman.
– Capitalised 13 names. There are probably more which I missed.
– Using the power accelerating perception in “The New Uniform” quest now gives 100 EXP if you have the perk
– The MC will never call ruby “ruby”and always refer to her as [Rubys_Relationship_To_MC]

– Did some balancing to the skill tree

– Re-rendered the “being born” sequence. Both Ruby and April now look much younger.

– Changed the farm flashback to “3 years ago” instead of 4.

– Added the “with dissolve” transition to 1298 renders. (All future updates will now show most of the images with this effect).

– Changed the name of the quest “Supermarket” to “Oil for Nikki”.

– You can change your name, as well as Ruby and Nikki’s relationship in-game.

v0.11
* more of a bugfix than an actual content update.

This mod adds an in-game walkthrough that highlights dialogue options that give points and lead to the best scenes.

PC: Unzip the mod and place the game folder inside the folder called “Being Super 0.16a. pc”. 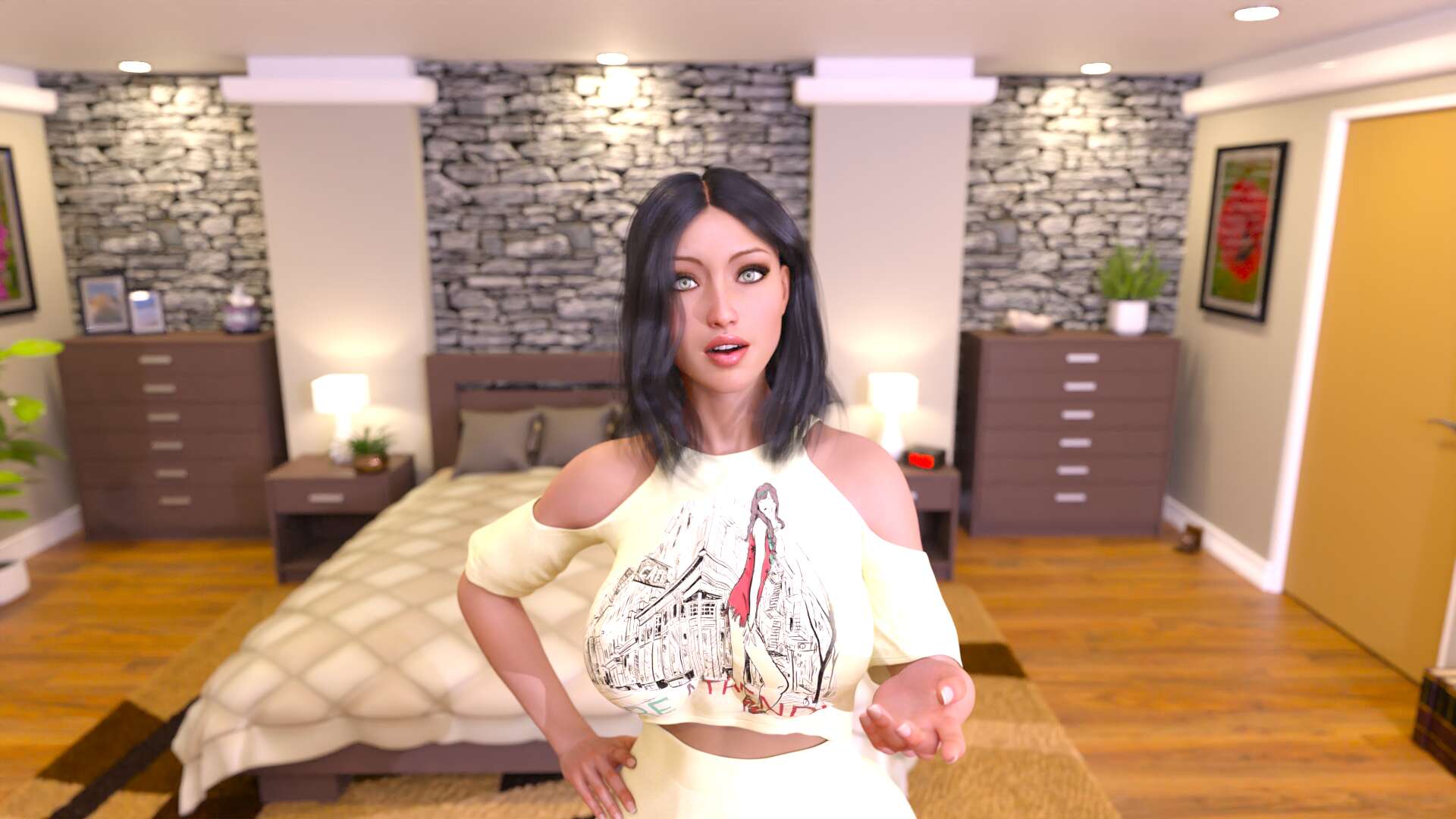