Our protagonist is a guy like any other normal guy. Lives a peaceful and uncomplicated life. That uncomplicated life turns into a rather complicated one when he receives a letter from a mafioso, who tells our unfortunate protagonist that due to his parents past, he is now under a mafia contract. He is to serve for a mafia family, but not just any mafia family, the DeLuca family. One of the most dangerous and infamous criminal organizations in the country.

– Nimble finger now also give Hardened Leather Gloves (R) when getting S
– Stats has been changed to icons (Visual change)
– Icons has been added in appropriate choices (such as battle choices)
– Gallery will stay unlocked even outside of the save game.
– Added all missing events to gallery replay
– Added new Explore stat for mission contract. Will give an overview of how much of the
contract you have explored.
– Added a little scene where the dog can save MC during nimble contract fight (Morbil)
– Saves now inform people what version the saves is and if it is compatible or not.
– Added an image of MC that shows the different gear you wear.
Works with all current equipment.
– Overhaul of the main mission GUI during contracts
– Transparent dialogue box added
– Many new translatable huds and gui

Features
– Event log merged with Journal.
– Gallery with replay of all events
– Gallery with special renders
(Kudos to Mr.Qaywesdxc)
– Couple new music tracks
– The Promotion event now require the ‘The Contract’ to be done first

Bug fixes
– Spelling and grammar errors have been corrected
– Many minor bugfixes
– Old GUI tutorial images (arrows) changed with new images
– Bug: “If your rank is over 13, you get “Unknown rank”. You can also exp yourself to rank elite soldato, while in story you are still soldato.”
Fixed “Unknown rank” gone and you now must do the promotion event (from the mission board) to be able to level up.
– Story9 kill count bug fix (again, as last time kept adding to the kill count)
– ‘The Magic Touch’ bug (not triggering) has been fixed.
– bug fix section at laptop has been removed as the known bugs have been fixed

German and Spanish is on hold due to the translators being sick.

0.04.1
– Gracie new info picture (Gracie love point 8)
– All sprites rendered and some redone
– Bug and typos fix (Thanks to all the people at discord who take their time to point these
typos/bugs out and even show corrections)
– UI and menu changes (special thanks to Bloo)
– 6 Filler recordings for Cordia’s Office.
– Skip button at the top added (same functions as the laptop “relax” option)
– 2 short repeatable Gracie scenes (kiss goodnight)
– 3 short repeatable Luna scenes (Hug & kiss forehead)

To reach the second/third stage you need to have high enough love point and reached far
enough with their storylines. These are short so are called scenes instead of events. More
stages and longer scenes will be added as the progress with the girl’s progress. 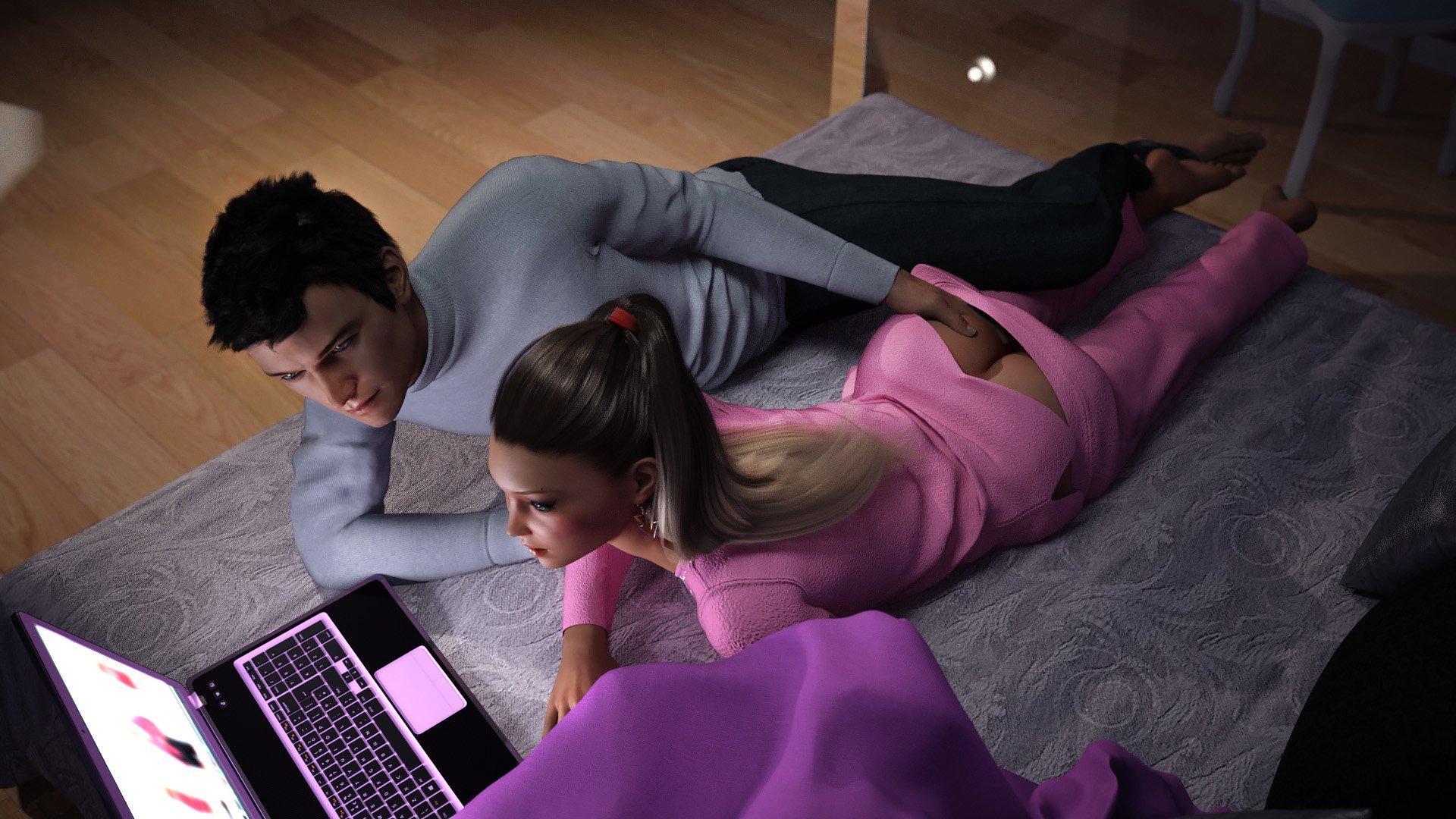