In the game, you will be part of a mercenary duo who crash-landed on a tropical island. Employed by a crime lord of a Sci-Fi galaxy, you and your partner must get back on your feet and figure out a way to complete the job that brought you to the planet. Along the way, you’ll solve problems and meet new friends and companions to help complete your mission.

Naturally, on an island paradise, temptations, and corruption lurk around every corner. Will you stick to the path back to space, or will you linger and take in the sights and adventure of your tropical locale?

v9
Scene List (Every scene is optional. You can still enjoy the full adventure and story on it’s own.)
Scene 1 – Lazy fun with Vynore in your Hotel Room.
Scene 2 – Performance review with Tengot, your Corporate Master.
Scene 3 – Corsoni Roleplay Scene

This brings the total scene count up to 28! (6 aminated scenes are in-game, with more to come)

Depending on which path you took, you can reunite with Perluun, the quiet and mysterious moonelf girl, or our favorite foxgirl, Corsoni.

You can link up with Zatanka as well. Vynore’s reunion will come next update so stay tuned.

Lastly, Secult, the hacker who saved you in the last update, will ask you for a special favor that I’m sure many people will be excited to explore.

There is pretty much something for everyone in this last version. I’m working hard on the new update to come out in the early part of November. Have a good weekend.

v4:
The Main Quest continues, with you and Kuhno getting closer to finding a mechanic to get your ship fixed up so that you can continue with your work. Of course, just because you’re getting close to leaving the island, doesn’t mean the various characters are ready to let you go just yet.

This build ups the Scene count from 4 to 7, with 5 of those 7 being animated.
Semni Pussy Licking – Play your cards right and get to know more about the lovely security officer. Animated
Kuhno Xun and Adoka Scene – Adoka helps Kuhno learn some manners.
Corsoni Sex Scene – Find a surfboard and go surfing with Corsoni. Pretty simple. Animated

Fixes
The Screen Resolution issues should be fixed. During the process to make sure people could get through the game, some of the buttons got moved around. We will have those updated in a future update in early May, but rest assured, you can enjoy all the content from start to finish even with this minor issue. I’m also conceiving a overmap so that players can just hit M, open up a map with all the revealed locations, and travel that way.

This build includes 8 unique characters to meet.
Beyond that, there are already 4 CG Scenes in the game with 3 of them animated.

NSFW SCENES
Kuhno BJ Scene – Keep an eye out for the chance to blow off some steam in the guest house.
Kuhno Adoka Scene (Animated) – During the evening you might here something bump in the night.
Adoka Sunbathing Scene – The cute, blue bartender of the Blue Lagoon Bar enjoys her time off. And doesn’t mind some attention here and there.
The Kuhno BJ Scene will be animated in a future update. Pleast stay tuned. 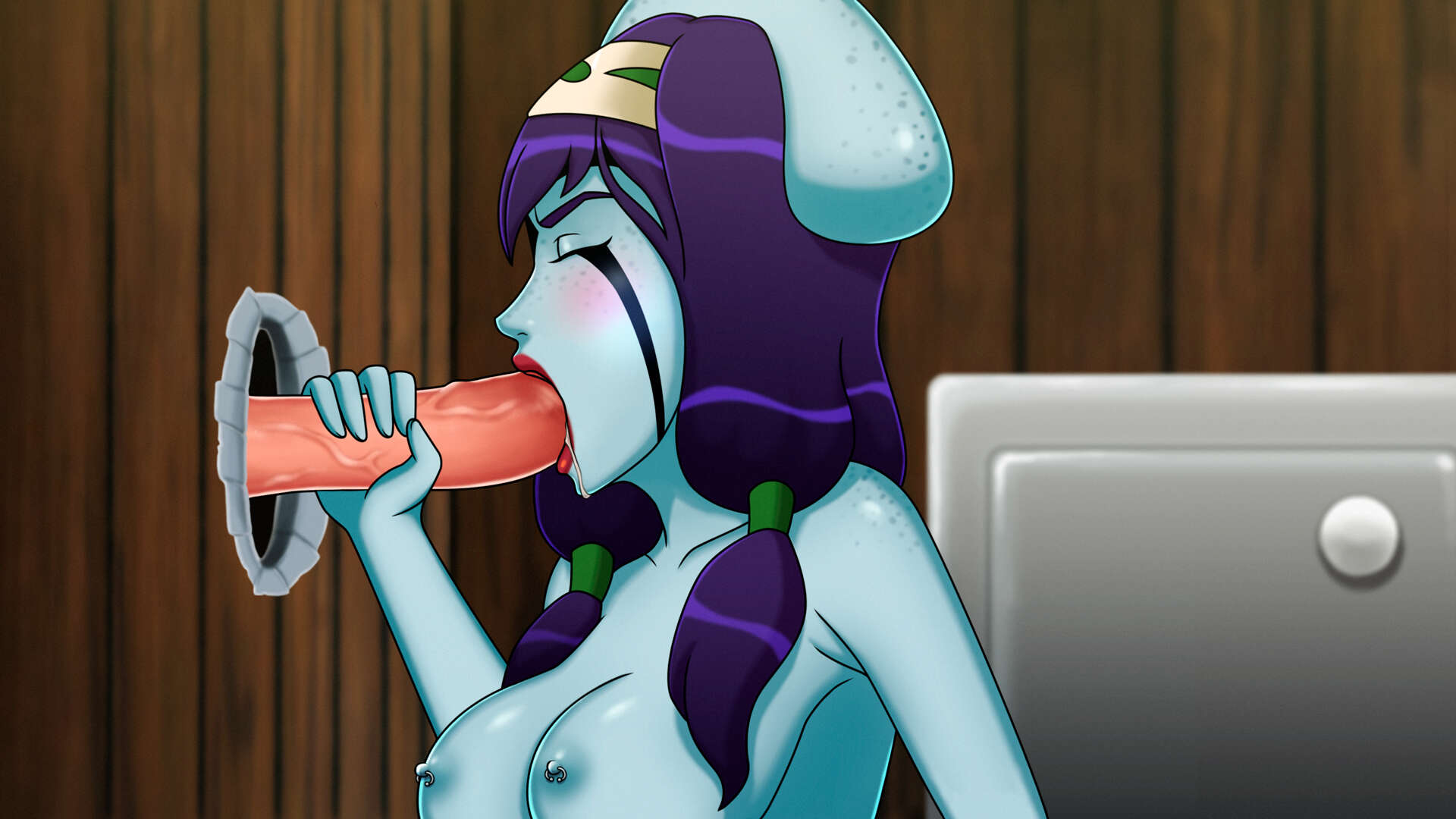