Straight!? is a work in progress visual novel that specifically focuses on mature gay themes. The story follows the main character, Zack, from his first day of college after meeting his new roommate, Braden.

In contrast to other games, this game relies heavily on dialogue and character development to tell the story of acceptance, friendship, and the existential journey as one comes of age. Frequent conversations and banter will give insight to the two main characters and move the story of their relationship forward. While there is sexual content, the story builds first–capitalizing on the teasing factor as we struggle along with the main character. Updates move the story forward episodically, simulating a serial novel as the story unfolds. This game is both heavy and thought provoking while having comedic moments. Game quality also increases as the game draws out. The dev had zero experience in the start and is learning with each update and addition to the team.

Change Log v0.19.5
-Fixed mysterious missing CG from way back in Chapter 5 that disappeared for no reason

Change Log v0.19
-Redid visuals for the optional nighttime convo between Zack and Max to have a more blue hue rather than previous darkened appearance
-Renamed “Doctor” during the physical scene to “Dr. Hodges” because there really was no reason not to since she has a friggen name
-Finished and concluded narrative for Chapter 9. Around 3,500 lines of text and 500 new images

Change Log v0.18.1
-Fixed spelling errors
-Corrected the notrious flying cell phone in the coffee shop despite speculation that it was Braden’s cell phone ascending into the heavens after being potentially lost in the dorm fire.
-Fixed a couple mislabeled dialogue lines from Max and Mikhail that were mistakenly misattributed

Change Log v0.18
-Began the first part of Chapter 9
-Did a quick fix on a CG during the convo with Zack and Mikhail walking where Zack bounced up and down and it was annoying af
-Dropped in a few random flashback scenes into the game to help make connections in conversations to which previous scenes they were specifically talking about. This doesn’t change any of the story
– All chapters now have a different chapter title screen including a teasing quote. The quote appears somewhere within the chapter randomly

Change Log v0.17.2
-Lots of typo fixes
-Slight rearrange of dialogue in the final car scenes on the way to the beach to improve the conversational flow at the suggestion of a supporter
-Corrected a beach CG where Zack and Mikhail’s shorts suddenly changed from trunks to their normal outfits during the beach intro conversations
-Made adjustments to the beach activity choices. There was a contuinity error here where, based on the order of your choice, certain objects appeared in game before they were retrieved. The order has been reworked while still allowing the player to choose which beach activity they want to do first

Change Log v0.17
-Massive story addition and completion of Chapter 8 as well as the conclusion of Part 3 of the story. Sorry about the cliffhanger… don’t hate me
-All new images in this update are now rendered in 4K UHD quality and converted down to 1080p. This should result in enhanced image quality of all the new images added in this update ONLY. All future images will be rendered in 4K as well. This should also not affect the game size either. So those who previously were downloading the full edition as opposed to the crunched edition actually have better image quality now than they previously did with 6 gig file size.
-Modified dialogue choices in cafe in Day 1 conversation to prevent references to Zack being gay before he tells Braden he may like the D.
-Corrected spelling errors but probably still missed just as many
-Slight wording change in post-park conversation to clarify “first kisses.” For those confused, the park kiss was Zack’s first kiss and Braden’s first kiss with a dude.

Change Log v0.16.2
-Corrected some hair glitches and odd reflections in a few CGs
-And guess what: More Typos!!

Change Log v0.16
-Updated splash screen with pics created by Jordyn to replace the previous text warnings that were frequently missed (ex: not to use old saves, and a new warning about the game being a work-in-progress to hopefully curb some of the judgemental criticsm about the earlier parts of the game that have yet to be refined)
-Update font color changed in the chapter select to draw more attention to the Update feature there
-Began the first half of Chapter 8.

-Change a time reference during the Mikhail/Zack talk at the end of Chapter 7 to reflect the appropriate day referenced.
-Correcting color on “straight” text that was overlooked
-Fixed typos and learned grammer that I didn’t apparently figure out in grad school

-Finished Chapter 7: Deeper
-Fixed “Embarrassing Story” text color
-Braden bent over CG (you know what one I’m talking about) was redone to make his starfish less frightening
-finished the CG reduction on the dorm room folder, reducing overall game file size by another 240MB (not huge but it helps)

-Continued the plot line of Chapter 7: Deeper with 5 new environments and over 200 new pics that expand the world our further than we’ve gone before.
-New custom made adult warning screen that’s light years ahead of my google image from before (Thanks Jordyn!)
-New custom made main menu screen with movie that beyond kicks ass! Like, this shit almost brought me to tears the first time I saw it. All praise goes to Lazy-Jake!
-Corrected some CGs that still had fireflies in them from v0.13 (Thanks to supporter lex0 who did this for me)
-Prophetically, there was a great battle over the game name given that it had somehow appeared two different ways “?!” vs “!?” over the past year. It’s now “!?” so Blayke will stfu.
– Dinner Conversations are now denoted with orange text so you can tell the difference between them and normal conversation choices cause they special.
-Added an obscure literary addition that I’ve wanted to for a long time. Based on the name of the game, the word “straight” will always appear in red text throughout the entire story. It’s an idea I got from one of my fav books.
-Began optimizing image files in the game to reduce file size by 15%. Thus far, overall game size was reduced by 500mg in the standard edition.

-Known bugs: You may experience flashes and lighting changes. This is due to my using a combination of old and new CGs in the same updates. This has always been the case but the lighting in the recent updates is better. Once the game is complete, all CGs will be redone to ensure they all match with lighting. I still have much to learn before then.
-Game now has a taskbar icon after a fucking year! Yay!
-Also changed the in-game textbox to make it a bit smaller. Font was adjusted smaller to compensate for the change. Hopefully this will make the textbook less distracting so you can see more of the art (and all it’s flaws!)
-Few random spelling changes as always
-Started Part 3, beginning with Chapter 7 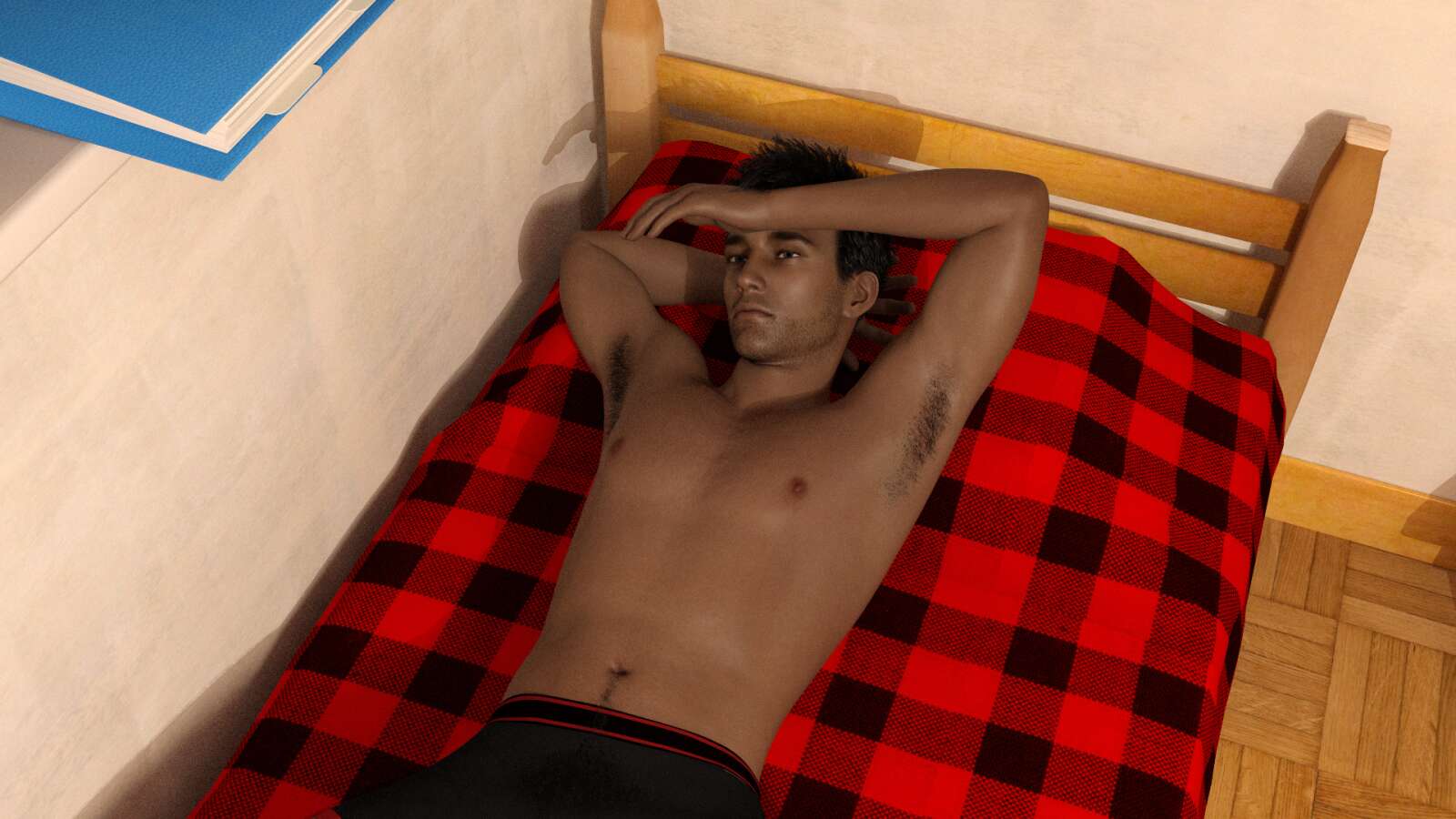