MC’s mom got cancer when he was 15. She fought for 5 years and finally died. During this time, MC did nothing but care for his mom. Didn’t meet girls or date, didn’t make many friends. His only friend is a girl who practically grew up with him, and she’s in love with him… but he has (so far) not accepted her advances. Meanwhile, he learns that his Mom wrote a book for him.

She started on it when she first got sick. He learns that if he reads the book, it will take him to another place that his Mom wrote for him to live out his fantasies for the rest of his life. She had a magical gift he never knew about. Later he’ll learn a lot more things about his Mom’s past, as well as the power he has stored deep within himself.

Serenity island is a place full of mysteries he’ll need to unlock in order to learn more about himself and his Mother’s past. As well, he’ll have to defend the girls from a dark presence that will make itself known. The MC will have to break through is shyness and “grow a pair”… become a man, protect his harem of girls, and fight to keep his new home

Serenity version 1.1b is about twice as long as my usual releases. Originally I intended to do Day 11 and all of Day 12 but I didn’t want to wait any longer to release. So, Day 12 is ‘part 1’ of that day. Also because of this, it will seem to end rather abruptly (compared to the way I normally end an update). Sorry for this. But once the next update is out, it will flow smoothly.

This update, we’ll see Kat doing some makeovers for a couple of the girls. So you’ll get to see some girls with a refreshed appearance. A couple of girls will ascend, and we’ll meet the last two characters that will be in Serenity (besides visitors). Speaking of visitors, we have a new one this update

v0.9sp
There were a total of about 450 images redone from scratch. Also added 4 new animations (removed the old ones I did that were shit). Rewrote some dialogue to better fit the overall plot and corrected some minor issues. Below are the details of exactly what has been updated.

This is the “beta” version of the last update to this build of Serenity. Version 0.8 will start “Week 2” and a new build.

Included in this update:
New and improved animations (Thanks to fellow dev, Cryoxxx)
All renders in the first scene (with Trina) have been redone
Fixed a certain “punish her” scene (replaced a bad variable typo in the code)
Fixed a few minor plot issues due to changes made to original story
More music added for atmosphere/mood

I am already working to improve Serenity Week 1 (the first scene with Trina was one of the planned improvements). Further improvements include:

Completely re-render all the first scenes (outside on the island) – they were so ugly when I started out
Code cleanup and more typo/grammar corrections
Add animation for first scene with Kat in the shower
Add animation for Kat’s second lewd scene
Re-render various images where lighting was just bad (dark faces, etc.) as well as POV weirdness

v0.4
Added 76 renders
Added 4 short animations (very simple)
Corrected spelling/grammar errors found by proofreader (Thanks oonorlund) from start to current
Added 1 music track to Kat’s scene (This one isn’t my own music like the title track.)
Total images in current version: 1196 (if playing from start.)

PC: Unzip the mod and put the folder named “game” from the mod in your “Serenity-0.*-pc” folder. Overwrite files if required. 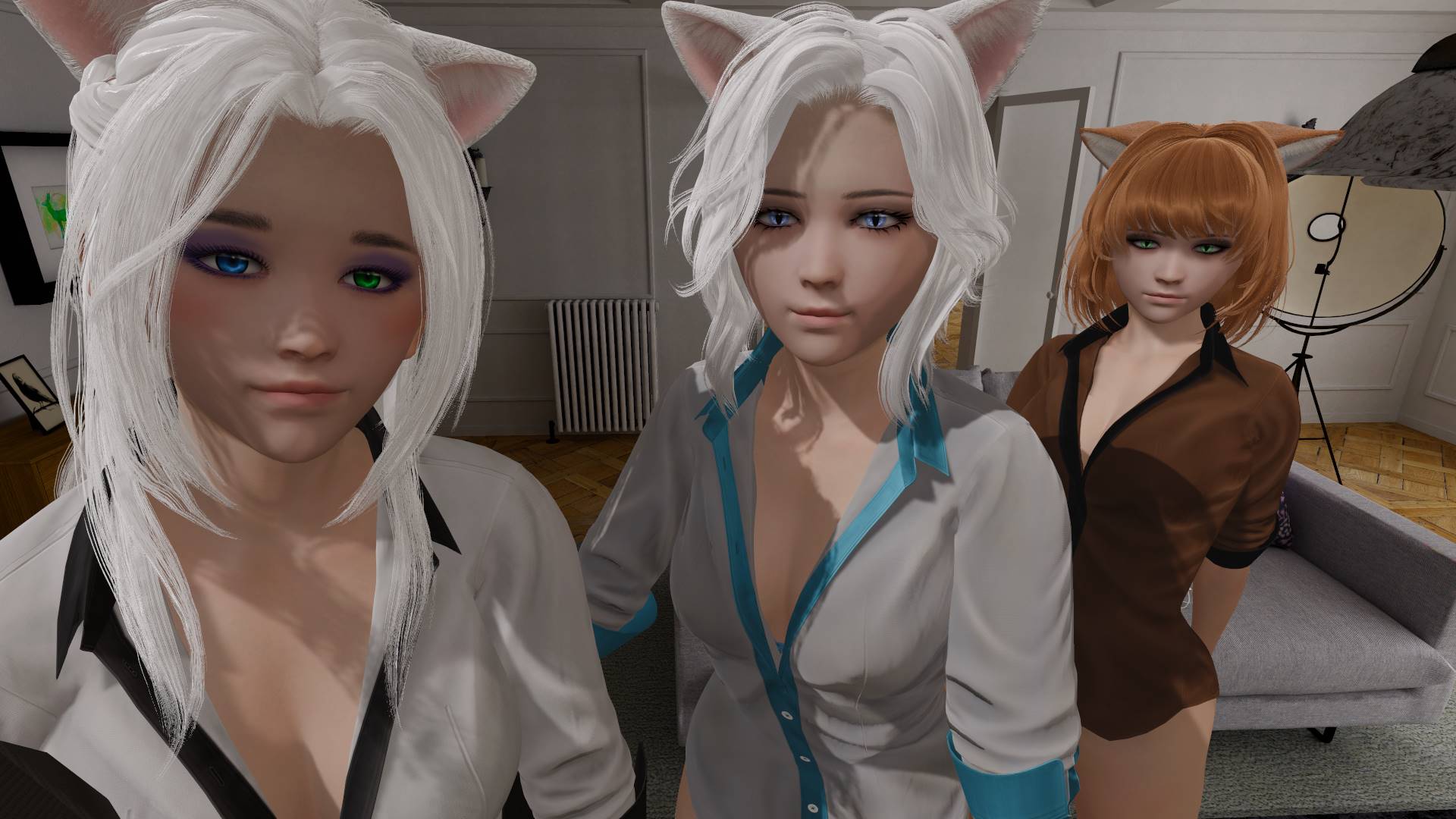