This is the Story of Anthony. He’s reach his brother in New Coral City and he try to get a life. At the begin of the game Anthony live in his brother’s house and will work in a pizzeria to get some money… but his dream is to become a Photographer a New Coral City is full of “wannabe Models”… so..​

v1.5
A look under the skirt:
The story is complex and there are many important situations in this release. The storylines are coming together and some new dynamics that have been created will keep you entertained (or pissed off, depending on your paths).

I also did a huge amount of rerendering work. I practically re-rendered all the renders I had prepared for 1.5 Because the level of the renders I made with the new PC is too much better than the old ones.. And I also started rendering the old images and locations. In the next releases I’ll add from time to time also new sx scenes replacing the previous ones (I’m designing also the scenes in a different way, you’ll see, you’ll be happy).

v1.31
I fixed some bugs and a couple of things
Grammar check done

v1.3
In this new version many things will happen. At the end of 1.3 you came back from San Matthews and were kidnapped by a mysterious woman.
In this release you will have many answers besides of course seeing the consequences of what you did to San Matthews. Relationships with some girls like Ashley and Yvette will be put to the test if you didn’t give them enough attention.
Also there will be a crucial moment for those who tried to have a girlfriend path with both: nothing definitive, but definitely an important split.
The war for the Elite has also reached its final beginning. The stories of various characters will evolve according to your choices…
many pending speeches will take a precise direction and you will have to make many choices that will have consequences: in some cases immediately in other cases in the next releases.
There will be various news and many surprises. Some paths that will accompany us until the end of the season start and each character is now immersed in his own reality from which he interacts with others. So now you’re gonna have to be even more careful what you do.
also there are many new scenes in the manager path and you will have to make choices… as well as having various opportunities

v1.2
I admit that in the last period I was really hard to concentrate on the game, this complete reboot was much more difficult and tiring than I imagined… but finally we’re there…
We’ve reached the original 1.2 release with the difference that now every path in the game is encoded, tracked and ready to be recalled. Already on this 1.2 you’ll see how some events of the past weeks are better chained in the story and how the options will be more and more on point with what happened.
These are many small details (some big ones) that used to escape tracking and are now completely part of the story.
To repay you for the wait I have expanded and deepened the part that concerns the “manager” and I have already included in 1.2 an important character that was not included in the original release.
also in 1,2 (and 1,3) many of the relationships with the girls (Michelle, Roberta, Zoe) will be better defined and there will be different paths if it will be just “Sex path” or “Girlfriend Path”.
I also added some news about these paths, maybe you won’t see them because you’re not playing certain scenarios and everything will seem normal, but in some scenarios some important things will happen (am I talking about Randy?).
This weekend I won’t be home, but as soon as I get back (I’ll fix any bugs) and start working on the new release with a new energy. I’m looking forward to it.
This is going to be fun.
I want to thank all the patreons who have continued to support me during this long and tiring reboot. I hope that the wait has been rewarded and I hope that from now on you can enjoy the game with punctual and exciting releases.
The fireworks are about to explode…

v1.1
A new Yanmai sx scene and a new Roberta sx scene. Each girl will have 2 different sx path that will bring to 2 different relationship path and possible consequence. More renders will be added to the scenes in the next releases when you’ll unlock new position and… We’ll see how the relationship will go, you could unlock more things…
Then. As I said in 1,0 I totally remade the manager path, so in this release you could shoot 2 scenes. 1 for Pinky and 1 for Hanna. You can choose 2 new scenes for Pinky (or 3 if you choose to make her shoot the movie with Mark for her first sx scene) and between 3 scenes for Hanna (1 with you and 2 with other actors).
Then. I fixed all the stats in “really complicated path”: AdeleGaryLara affair, RebeccaBorisJennifer affair, ConnorKirstenTatiannaAshley sx/blackmail/secrets…
Then… Things already available in original 1.1 release: Melissa first scene, Zoe first scene, Michelle first complete scene and Ashley first complete scene. All of them totally rebuilded… I mean: a lot of things
Then the stories… You know events are always more complex than the previous release but now I’ve tracked everything in a better way so I think the “game experience” it will be more satisfying than in the original release. I hope you’ll appreciate.
Most of the game now is grammarchecked, so it should flow good. (In the next days I’ll update some new check. at the moment is fixed until day 75 and some dialogue are not checked yet… so I’ll share the last dialogue and the days 76 and 77). 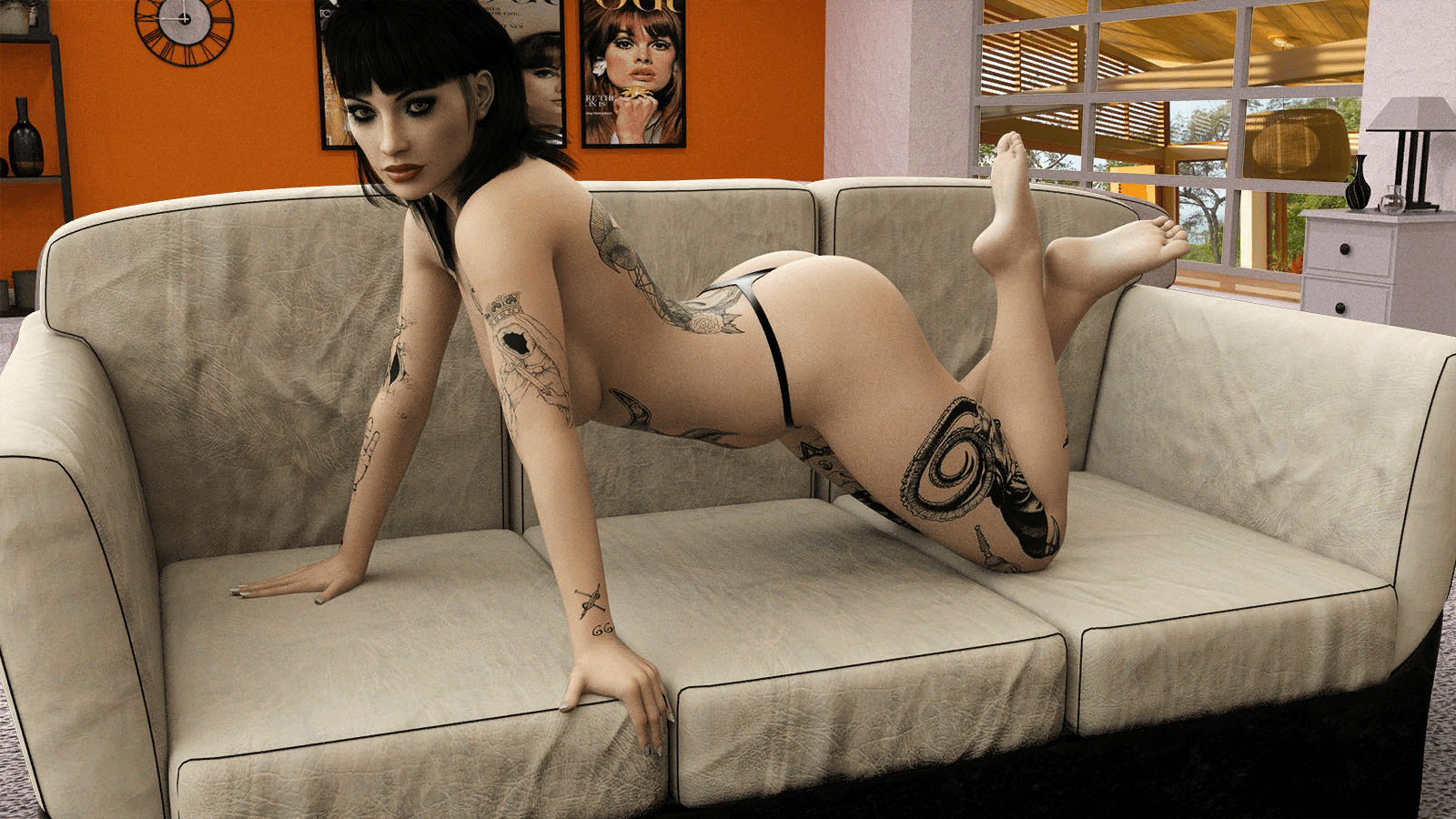