You play a session musician who has had a busy lifestyle, having worked in various cities and towns across the country. This has been your life, ever since you graduated from college, where you attained a degree in the field of Music.

Once returning home, you decide to leave the place you grew up in, to start a new life and a fresh start in another town. You have also decided to take a break from the job you know so well, to focus on a brand-new career. You’re just not sure what that will be yet.

In order to keep the money coming in, you decide to take up a job offer, tutoring Melody, the niece of a woman you meet by chance via an online marketplace. Melody is currently studying music in college, so having an experienced tutor is pretty important for her chosen career path.

So here we are, the final version of our second visual novel MELODY.

It’s been a great journey for us to be able to create, complete and deliver this game to you since we first began working on it in February 2018.

During the creation of this VN, we’ve been able to try some new things out, use some new locations, new poses, animations, and set the menu up much differently to our first game.

We’ve always maintained that these are visual novels first, and a game second. This story has always been about the early part of Melody’s career in music,

and depending on the choices that you the main character has made for her and yourself, will determine what kind of career and future she has by the conclusion of the game.

What we’ve fixed and added into this update

– Numerous spelling, grammar errors. There may be a blend of American and British (and even Australian) English used throughout the game.

We do our best to keep you all happy 😉

– The Sophia/Xianne relationship decision in Week 9. This initially caused a problem for Week 14 where you had to manually change the relationship status in order to get the MFFF scene. That has been fixed now. Be sure to read the Walkthrough to see which relationships need to be Unlocked to get this scene in Week 14.

– We’ve added thirteen more Melody points to the game, and they are highlighted in Purple in the Walkthrough. These points will give you enough to reach the 400 point target.

By doing so, you can view a “Special Bonus Scene” which will play after the Perfect Ending concludes. Please refer to the Walkthrough on how to get this bonus ending.

– Added music to Weeks 1-12 in the game, and some new live tracks

– Eight new renders added to the Lewd Gallery (for $20+ members)

– Replaced some renders that had previous issues

– Fixed the wall painting scene with Becca in Week 6

– Added a non-anal sex scene with Isabella in Week 5

We have also added in:

– A Replay Gallery into the main menu. Here you can view all the main sex scenes from Weeks 1-14 in the game.

NOTE: The sex scenes from the game endings will not feature here however.

Unfortunately, we ran out of time to add two more special scenes to the Fantasy Scenes gallery. If we find some time in the future, then we may still add them in as the scenes have already been written up for them.

If you haven’t played the final week of the game yet, then it will be vitally important which girls you have set to “LOCKED” or “UNLOCKED” in the main menu for this update especially, as it will determine which game endings you will get to see at the end of the game.

If you have the Walkthrough it will explain exactly what you need to do or what will be required for you to attain, or to avoid certain endings.

Just keep in mind that if you lock or unlock specific paths in this update, then some of the storylines may not make sense.

So for instance, if you’ve already decided to be with Melody, and Sophia is locked, then unlocking Sophia will give you dialogue if you are dating both girls instead of just Melody. And it might mean that you’ll get one ending instead of another.

0.12
You’ve taken a huge step in asking MELODY to move in with you, but are you ready to tell her aunt Amy about the two of you dating?
How will she react? Now that you have more control over Melody’s career, you will also be tasked with putting together her full live band together before her next tour.

If you are dating Melody and seeing her best friend SOPHIA, you are no doubt wondering what will happen after what took place in the girls’ hotel room the night before. Will Melody be more open to doing things with both you and Sophia during this week? There’s only one way to find out!
You won’t get to see XIANNE or have any fun with her this week, however, that doesn’t matter someone else can’t!
If you’re on her path, then keep an eye out for a special offer Xianne makes to a certain “someone” later on in the week…
AMY and REBECCA as promised will return this week, and plenty will be revealed in the next part of your relationship with the girls, depending on which girl you decided to be with.

If you were on the Melody friendship path, and dating either Amy, Rebecca or even Isabella, then you will find out not only what the MC whispered to Melody before he seemingly left town with Bethany, but also why you the MC, didn’t end up returning home with your ex.

Game Endings
As you may well know by now, the end of MELODY is almost upon us, which means that some of the paths in the game will be coming to a conclusion.
There are TWO MORE ENDINGS in this update. Again, if you have trouble locating them, then please use the walkthrough if you have it.
Our apologies for the bug in last months update, that unfortunately led some of you to the Bethany ending. That has been fixed now.
If you are looking for either of the two new added endings, then we suggest that you start the game from just before Bethany arrives at the MC’s apartment at the end of Week 12. 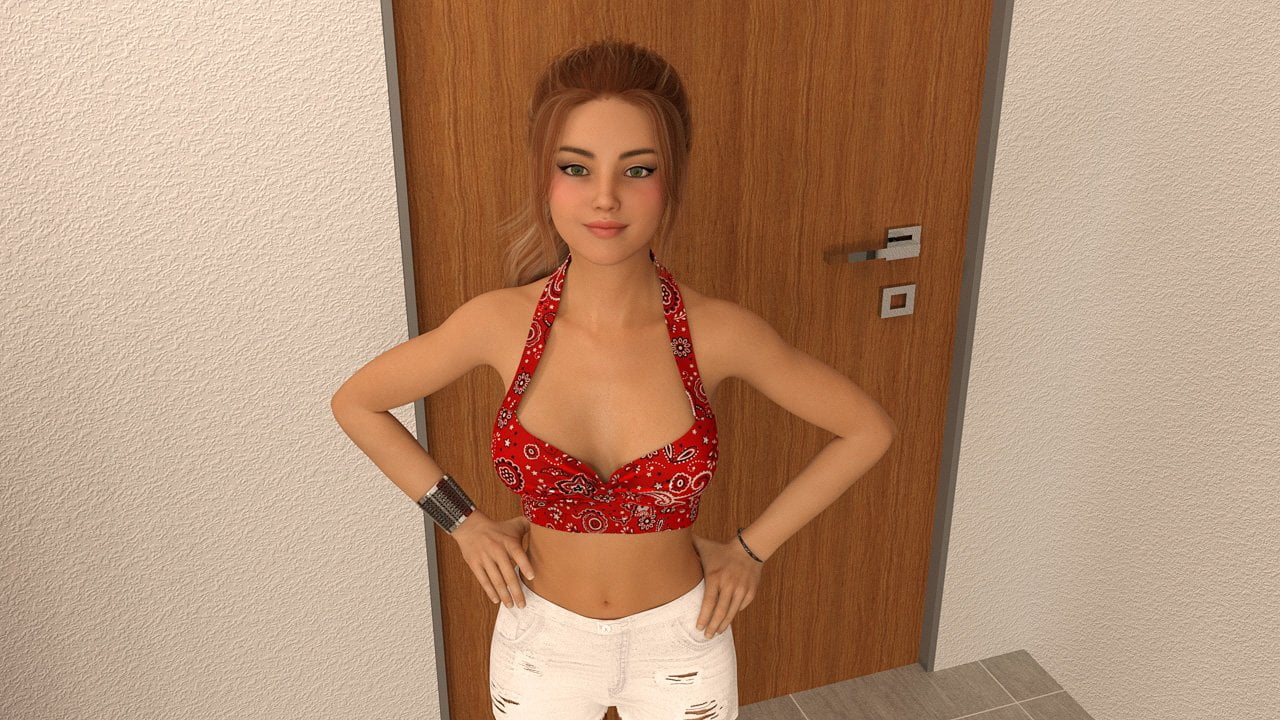