A young man, from a low-income family, moves away from his widowed father and his summer love to attend college at Burgmeister & Royce. As he is cast into freshman life and persuaded to join the up-and-coming fraternity Delta Iota Kappa, he’ll be exposed to a new world filled with conflicts, alcohol, drugs and sex.

– During free roam events, any progress made in phone apps will be saved when saving the game.
– Fixed a bug that caused a conflict between entering save names, pet names and other inputs.
– Any illegal characters typed for your save name will be removed immediately to avoid getting a blank save name.
– The experience allocation in the mansion mini-game now indicates where you added % for the current round.
– Experience doesn’t reset when purchasing perks in the mansion mini-game.
– You can now subtract allocated experience points in the mansion mini-game using the right mouse button.
– The fast travel option is now persistent instead of a local save variable.
– Lowered the intro splash screen volume and made its sound level controlled by the SFX channel.
– Set the power save option to be disabled by default to favor performance over energy settings.
– Updated the money system backend.
– Replaced the animations for the main girl episode report and updated the design.
– Added a presplash loading image.
– Added a skip 5 pages at the time button for the Save/Load screen.
– Disabled right-clicking the Skip button to skip to the next choice.
– The middle-mouse button now brings up the in-game phone and can be used to close any children menu of the phone.
– The quick menu will be hidden when using the phone and restored when closing the phone.
– The save/load menu will be hidden when using the phone and restored when closing the phone.
– Fixed an issue with autosaving, causing a lag spike during choices during animations.
– To reduce lag, autosaving is now less frequent. There’s an option in the Preferences menu to remove Autosaving and thus remove lag spikes.
– Fixed a rare bug with Shuffle.
– Fixed a bug where you could repeatedly talk to Nick during the free-roam event at the DIKs in episode 6.
– Fixed a bug in episode 6 where Jill’s piano scene wouldn’t play if you chose to sit with Sage & Quinn for lunch and wasn’t Sage’s fuck buddy.
– Fixed a bug in episode 3 where Quinn’s text message would cause an error if you entered and exited Jill’s chat first.
– Fixed a bug with the episode report for Jill in episode 6.
– Fixed an issue where playing a song for the bushes in Dungeons and Gremlins didn’t show Moria appearing.
– Fixed an issue with a special render causing Tommy to disappear momentarily in the first free-roam event of episode 6.
– Fixed an issue with the oversized text for a subset of work tasks in the mansion mini-game.
– Corrected typos in episodes 1-6

– Added a fast travel system for free roam events. It can be turned off in Preferences and is only active for a subset of free roam events starting episode 6.
– Updated code for affinity and DIK status calculations.
– Added an optional text box mode with an opacity slider to the preferences menu. Text legibility is improved by enabling this mode, but you will get centered text and a low opacity black text box when playing the game.
– Removed the option Rollback side from preferences, due to redundancy.
– Fixed bad variable names, episode 1-5, overriding a python library.
– Your affinity will now be displayed in conjunction with major choices.
– Fixed a bug with the number of scenes displayed in the Stats app that could be unlocked in episode 5.
– Fixed a misalignment issue of the gallery for an Episode 5 mixed special render.
– Revamped the episode title and ending overlays for episodes 1-6.
– Made cosmetic changes to the episode stat report for episodes 1-6.
– Revamped the Reward app.
– Revamped the Scenes app.
– When unlocking a special render, the character you unlocked a render for will have an exclamation mark in the Rewards app.
– Fixed a bug where writing on Maya in episode 5 would register almost any word as being cute.
– Fixed a faulty button placement of Maya #4 special render in episode 5.
– Corrected typos

v0.5.2
Fixed a bug that was introduced in v0.5.1, where English tests would fail when cheating.

v0.5.1
Corrected typos
Fixed a bug where a point wasn’t being credited to MC or Derek in the DIK evaluation.
Fixed a bug with the Bios app where notifications didn’t show for new messages.
Fixed a bug that occasionally caused cheating in English mini-games to fail.
Fixed a bug causing a line being drawn over art when Maya holds a list and changed those renders to fix windowed mode misalignment.
Fixed a bug where Maya #1 special render wouldn’t unlock if you opened the phone immediately after finding it.
Fixed a bug that didn’t reset the keys of Jill’s piano if leaving before finishing playing the song.
Fixed a bug with Rooster, episode 4, where new clucks didn’t display correctly after the cluck of Cathy was deleted.
Added timers that hide the money and special render banners that pop-up and occasionally didn’t disappear during the game.
Tweaked the timer for the painting mini-game. It’s slightly easier to pass the mini-game.
Added supporters to the credits list

v0.5.0
Added Episode 5 that includes
2456 renders
157 animations
25 songs
18 sound effects
Added an icon to indicate if a Cluck in Rooster is new.
Fixed a bug where you could repeatedly play guitar in Isabella’s home during her free-roam event in Episode 4.
You can now use whitespace (space) in the save names.
Updated the Chat and Swyper apps chat interface.
When you unlock new gallery pictures in Swyper, the main menu of Swyper will show indicators for it.
Swapped the end credits for a code-based variant.
Changed the backend calculation of unlocked renders. Corrected typos

— Changelog v0.4.1 —
– Corrected typos
– Changed the scoring of the tennis mini-game.
– Fixed a bug with the quick menu that caused it to change settings when loading a game during mini-games. The quick menu is now treated locally instead of as a persistent variable, meaning that you need to set your preference in every game you start.
– Fixed a bug causing cheating in the English mini-game go to 100% completion instead of the current cheating boost.
– Corrected the credits list with missing supporters

— Changelog v0.3.1 —
– Added Easy mode to Brawler and a way to reduce the difficulty from within the app.
– Fixed a bug with cross fading of music that caused two tracks to play at once
– Corrected typos
– Reduced the image cache size from 1GB to 300MB, to accommodate for low-end PCs.
– Added detection of modified game data that caused severe game breaking bugs.

– Fixed a bug for the Maya lewd scene where Massive Chicks got the wrong variable. It would show as you fingering Maya in the relationship report even though the scene didn’t unlock.
– Fixed an erroneous answer in the Episode 2 Math test.
– Fixed errors with the relationship report that caused the wrong messages to be displayed for Maya and Sage.
– Fixed a bug with the music app that had the wrong path for the song wings.mp3
– Fixed a bug with the free roam at Isabella’s home where you would jump to the wrong room after playing brawler or shuffle.
– Fixed a bug with unlocking the Pet names app that occurred when playing the game for the first time.
– Fixed several typos. Thanks for reporting them to me.
– Added a prompt when stealing money in Jill’s dorm.
– Made the Vault digits, found during free roam, colored so it will be easier to spot them.
– Changed music during tests to be less intrusive.

– Fixed typos
– Fixed a bug where the special render menu wrongly hinted where a render could be found
– Redesigned the money system (back-end only)
– Redesigned the Scene gallery menu to include a scrollbar.
– Removed the word Gilts from the first English test, to conform to American English.
– Fixed a bug that caused Shuffle puzzles to be unsolvable.
– Increased the timer of the Shuffle game by 25%
– Increased the timer of the English game by 25%
– Added a new App, Vault. Vault is used for both mini-game players and non mini-game players. It unlocks special renders. For non mini-game players, Vault unlocks the renders that otherwise would be unlocked through mini-games.
– Added a button in the Preferences menu for playing the intro of the game with Jill again.
– Added one new minigame.
– Fixed a bug with the major DIK/Chick scale that would penalize the score wrongly.
– Fixed a bug with the relationship report for the girls where a negative score couldn’t be calculated.
– A short report of choices you’ve made for each girl and how you get along is replacing the temperature system. This decision was made since the game is primarily choice based and representing your status with a score wasn’t the best in terms of game design. 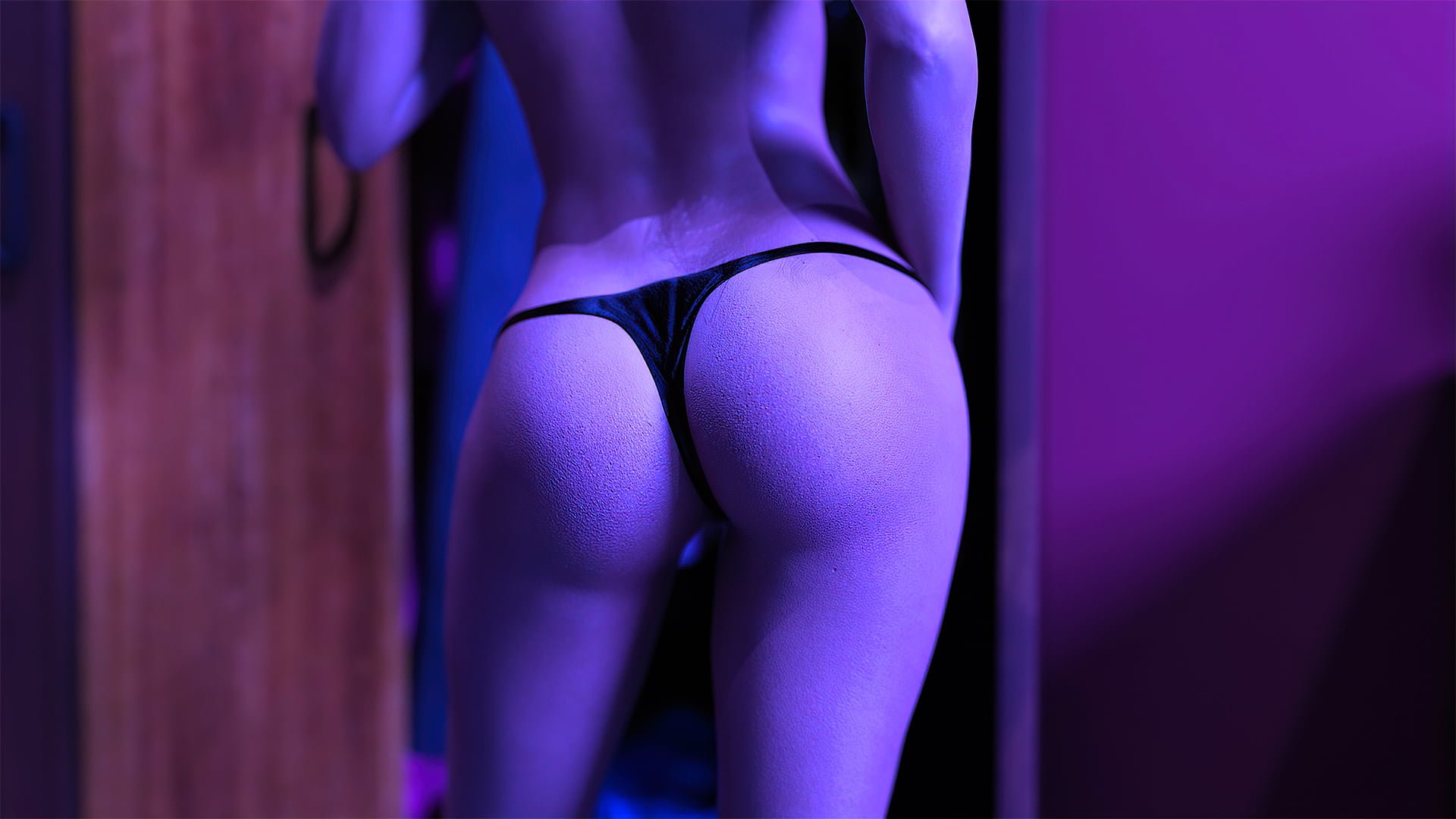