Third Crisis is an adult tactical-RPG that follows the adventurer and hero known as Vibe. After a mission gone wrong, she’s forced to adjust to her new way of life in the lust-ridden town of Carceburg. Whether she gives in to the bliss of submission or uses her sexual appeal to her advantage on the battlefield is all up to you! As you delve deeper into Carceburg’s mysteries, you’ll come to uncover the secrets surrounding the crisis that saw humanity defeated and enslaved by the sinister organization Peitho.​

This month’s release is a quick little batch of side content that features a new minigame,
new replacement CGs, new pinups, a new outfit, and some additions to fix up the
difficulty of the escape room.
● Added new bar content that features an interactive gloryhole minigame.
● Added four new pinups with at least two variants each.
● Added replacement CGs for the Wildfire x Jenna scene, and Shower scenes.
● Added a new lewd outfit to the gear store.
● Added the option to give up and continue the story during the escape room sequence.
● Modified the escape room to have more clarity on the left keypad, and made the clues
from the Flogger give more information.
● Fixed softlock issue that would happen if you fail the first dance with Jewel 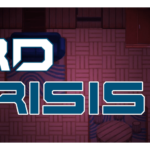