“The Last Barbarian” — is a third-person action role-playing game. You are encouraged by the game to proceed with caution, learn from past mistakes, or find alternate areas to explore. If you are not careful, monsters will be able to have sex with you and you will have to start from the very beginning.
“The Last Barbarian” takes place in a fantasy N’ul-realm, plunged into darkness and debauchery after the arrival of the ancient Goddess of Flesh. She gives everyone what they want most. But she distorts all desires and so the whole world is plunged into perversion and violence. Everything around is nourished by sexual energy.

The protagonist of the game woke up in the dungeon after the battle with the orcs in her village. She is the last barbarian from a tribe of local Amazons. They never submitted to anyone and valued only their freedom and love. But now she is driven by a thirst for revenge and a desire to revive her tribe.

How to play Mac-version releases?

I have a new quest line for you “ Politics are dirty business. ”
So what’s inside this storyline and how to get in?
When you cure Lycanthropy by using a proper spell book, talk to Sienna and propose to her to tell everybody about what she did.
Hugh will blame you and Witch in front of Devenant citizens. (New Gangbang scene added) Now you need to get rid of Hugh. You can’t just kill Hugh, you need good citizens’ support to blame him back. There are 3 key characters to support you.
Banker. (Blowjob, ball sucking, pussy lick, pussy fingerring, missionarry sex scenes added.)
Brothel owner. You need to save his prostitutes.
Inn owner, because he sells booze to citizens. (Drunk sex with tentacles, drunk sex at toilet scenes added. )
Witch Hut – Bad beer sex event.
I don’t want to post a complete walkthrough for now, cause this quest is unfinished and will be expanded in the following releases.
“Romantic Dinner” Event
When you finish your work as a waitress you can meet Jerremy.
3 sex scenes added.
Small changes and bug fixes for Minor Build
FPS lock added to option screen
Discord button added to title screen
After saving elves in Dungeon you can interact with knocked down elf – fixed
Anorien‘s body when he pass out is floating – fixed
Forest of Oblivion, dicks vanishing. – Fixed
I decided to make release a bit earlier and post what’s done for now. Why?
Because I have vacation trip from 2nd till 15th Dec (Frankly, I really need it).
Galleries for Priests and Demons will be available as usual in the middle of December when I came back..
Version 0.9.6

Starting from the 0.9.5 release, the game can be completed! But not fully. I want to bring 8 endings to the game with 8 different storylines. Every event that occurs in the game will lead us to one of them. They may intersect each other. So if you look at the quest log you can find that each quest item has a color mark. These colors mean that the event is related to a particular storyline. For now I’m working on the following storylines (names of the quests might be changed in future releases):

Default
Path of the revenge
Mother Nature
Side Events
And one finished storyline – The Servant of Gods.

So if you follow this storyline you’ll get the first bad ending. To avoid spoilers here, I move Walkthrough to another post.(sorry, I can’t show it public here)

This storyline had been reworked and changed to fit the current script. Also, if you finish this storyline, you don’t need to start a new game. Your progress will be saved before completing the last quest.

The Forest of Oblivion.

This is a new location. Home of elves. I wanted to bring one more quest to this release “Mother Nature”, but I didn’t have enough time to test it properly. But this location is available for visiting and quest will be available in 0.9.6 What’s inside of this location?

Also, you can’t kill them with your bare hands. They will get up after being knocked down.

You can try to kill them with your axes, but if you equip them, the forest will punish you. One more smut scene scene here.

Brothel location. Your income as whore will be related to your pussy and ass level. The loosen her hole, the less you earn. Gloryhole gives you stable income.

Gallery update for Priests and Demons will be available next 24 hours.

At this time I paid attention to some global things. I like to make new content for you, but some things should be fixed and I had to clean the mess with the code at least. I’m trying to follow my tradition: posting releases on the 5th-8th of every month. So what’s new?

I reworked all the current scenes to fit them to the new Sound Mixer controller. It allows us to change volume via settings screen and manage them without lags.

For particular scenes the music has been changed.

Footstep sound has been updated and it is related to the surface type.

I missed some sounds here so I left it for a quick fix edition.

Many players told me that Main music theme at the start screen is a bit spooky. It’s changed now.

Game freezes after interacting with a torch.
Clock freezes at start of the game
Game crashes when I press ESC button
etc.
Most of these reports have been related to conflict between antivirus and save files. For some reasons, Avast (or any other antivirus program) restricts permissions to change save files for the game.exe. I decided to dig deeper into this problem and here is the solution. Unity allows me to use “persistentDataPath” .

It means that save files will be generated in the following folder. C:/Users/User_Name/AppData/LocalLow/Viktor Black/The Last Barbarian

You can check this path via options at the start screen.

I hope this solution will fix the “antivirus conflict”.

Before adding the Forest of Oblivion location (which is currently in development) I decided to add some content here. After defeating Shorca (Noria Tavern) and 2 orcs in the Arena location you can refuse Champion’s purpose to be mother of his child.

After this Shorca visits this Arena and breaks the transformation spell. Champion transforms into Elf woman.

This event opens the second part of Arena – Orc’s camp.

You can set free an Elf woman and she will transform back to Champion.

For the next release this event will be expanded to open the Forest of Oblivion location.

I wanted to make Fast Travel unlockable for this release, but I decided to delay it before i Implement “all sex scenes gallery” in the game.

I mentioned before that I have resized images for the gallery. But It’s too big to fit it in the build. So I decided to run my own website where this gallery will be available. It’s time to remember my web skills. I will let you know when it’s ready.

Gallery updates for the Priests and Demons will be available next few days.

I very appreciate your suggestions and bugreports. It helps me to grow and improve the game. The following bugs had been fixed:

The cursor disappears after asking Noria about her pregnancy.
When u teleport dimensions or get bad ended the barbarians appearance changes
if you tell Noria to get on her knees without the suit, it is equipped but without the shaft
Succubuses in the Dungeon don’t have scene selection.
Barbarian doesn’t fall after getting hit while masturbation or milking.
Brothel missed cabinet collider
The surfaces above the door to the brothel reflective
In brothel you can still see the old overlay (money)
You can find Sienna’s book too early
Barbarian turning speed is too slow in the Hugh hut
Small changes

Hatch door in the Noria’s hut follows you outside instead of Mines
You can go to Mines from Devenant
Press ESC to close the game menu. You asked, I did. It’s more comfortable and intuitive. I agree.
Barbarian can lay the eggs in the bath at her own home (new pose here).
Sex scene selection starts from 1 instead of 0.
Middle and big changes:

You can test it in the Dungeon location after the “self-locking” barbarian scene.

One of the biggest problems of the game is the chaotic story. I said that I want to bring the story to order and I need to implement quest log for this. Finally it’s ready. So the following dev iterations I will focus on fitting existing scripts to each other and expanding them if needed. The quest log is placed on an additional screen of the game menu. For now, it works for whole game scripts, but I’m working on it to bring the whole game to this format.

I left fast travel for testing reasons, but I don’t recommend using it, because it may break your quest progress. For the 0.9.4, fast travel will be “unlockable” and related to your in-game progress.

In the first dungeon, we meet few elven girls, but these characters look like decorations (models have been updated). So you can save them (Lick hanging elf pussy, massage clit with foot and sperm swap scene added). This quest is driven by a quest log module and related to save Anorien’s wife event. Also I need this quest to make one additional location with events suggested by the community.

This event had been unfinished. Now, if you escape via trap door (which follows you outside not to the Mines) and you enter again, you meet Shorca – the queen of the orcs. Try to challenge her if you want to set Noria free. (new smut scenes added)

The gallery resize is coming!

One more big thing is coming for the next week! Thanks to Akhilleon and his amazing AI image upscaler, we have all gallery items upscaled! For example. Old gallery items were 1000×560, new 1920×1080. Now it will be 4000×2200!!!! I need some time to manage more than 30GB of data, but soon I’ll post it here. Community makes impossible real! Yay!

Priest and Demon rewards will be available tomorrow. I need to finish post processing for the gallery and pack it into build. 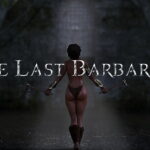 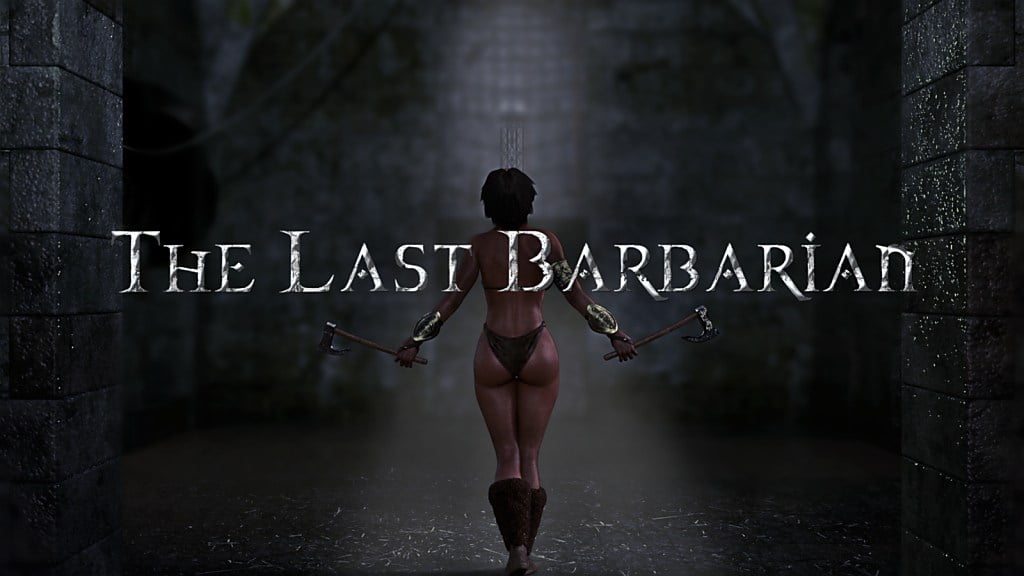