After graduating from high school, you and your classmates rent a yacht to celebrate your last summer together. During one night, an accident occur and the yacht start caching fire and, even thought you try to extinguish it, you end up jumping into the rough sea.

Not knowing how, you end up in an uninhabited island, or at least is what you think. Now you will have to try to stay alive while you search for other survivors and figure out how you’ll be rescued. Will you be able to survive during this adventure? And more important, Will you be able to seduce all the women around? Is up to you…

– More than 240 new story renders
– A New Scenario!! (Hope you like it)
– New inventory objects
– Missions updates!
– The backstory takes a good step forward! During V0.6 will take place the beginning of a series of events of great importance for the backstory and future versions of the game.

v0.3
– Approximately 400 new story renders and over 500 total renders.
– A new Video scene!
-40% more story content than 0.2 and 80% more total content.
– Updates in every mission.
– 0.3 takes the relationship between the characters to a new level! (Beware with your decisions).
-New auto eat function: A new button during mealtime will let you eat automatically (In order to be able to see the button, there must be a combination that reaches 20 of food and water).
-New Gathering system: The whole gameplay of this aspect has been redesigned to be more fluent (Food resources will respawn over a period of time and stop using a chance system). Now, you will be able to walk through the different places with more freedom.
– A new location has been added!! The island grows bigger and bigger with each release.
– Added a new cooking system, more Inventory items, and tools to craft. 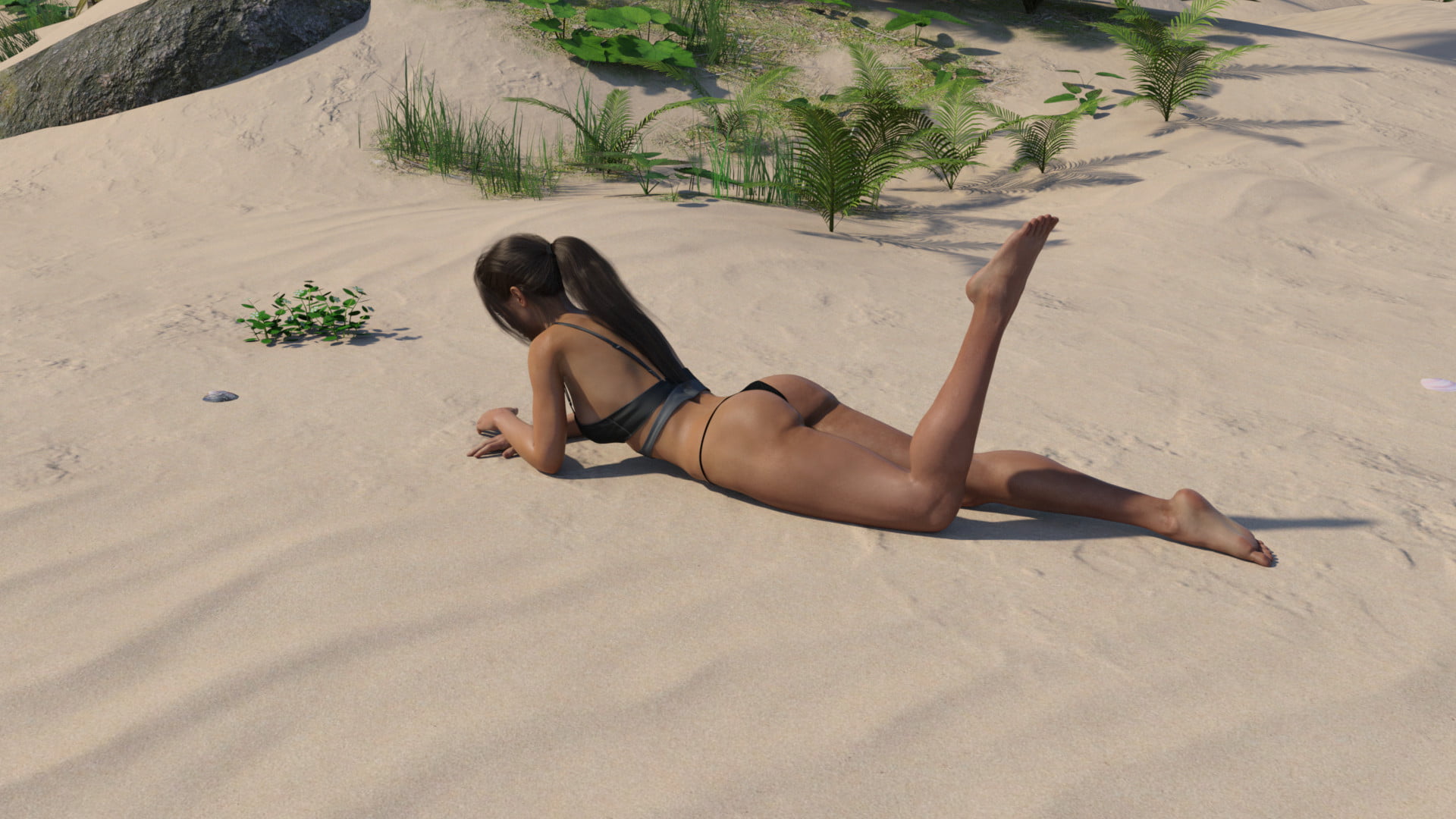