Shale Hill Secrets is about a guy who stumbles upon a great deal of power – he sees into people’s private lives. He uses it to help others but also uses it to develop personal relationships with people that would’ve been difficult otherwise. The deeper he goes down the rabbit hole, the more likely he is to encounter the real powers that puppeteer his fate and those of his classmates.​

The time has finally come… the second installment of Shale Hill Secrets is here!

After more than eight weeks in the oven, this release of SHS is definitely a lot longer than the average episode we had for Double Homework! The reason it took a bit longer than we originally expected was because we prepared a few surprises…

We hear you. In the survey we ran a few months ago, a lot of players let us know that they’d like to see animations in our games. It wasn’t an easy quest, but we managed to make a full animated sex scene. This scene also has a completely new style. The idea is to bring something that doesn’t feel like a linear slideshow: now you’ll be able to choose what you want to do, and the dialogue between the MC and the counterpart progresses accordingly.

Even if you are not that interested in Emily (the MC’s ex), please go through her route and give the scene a try. We really want you all to experience the new format we are developing and give us feedback so our next scenes are even better! By the way, don’t worry, the choices you need to make to get laid with her are very obvious. Feedback is very important to us with this release, so please feel free to leave some below or preferably in #constructive-feedback on our Discord server.

Although we consider SHS a traditional visual novel, we have expanded further into the possibility of having free exploration in certain areas. You should be able to go to several locations at different times, and this will affect your quest and give you different interactions with the characters you find. Please let us know how you like this mechanic.

The time has finally come… the first installment of Shale Hill Secrets is here!

The most important thing to remember is that this is an alpha release, so please report any bugs or issues to #bug-reports or #typos in our Discord channel. This first release is an introduction to the game’s world, meaning it’s shorter than we are planning in the future, and that there are not yet any sex scenes. The engine is different from the one used in Double Homework (it was all revamped), so a lot of changes have been made. We have tested the game extensively in the past few days, however, some bugs may still appear. If something strange happens during your playthrough or if it doesn’t seem right, please, let us know on our Discord channel.

Please do not post bug reports on Patreon. It’s hard to track and give you guys proper assistance. If you don’t have a Discord account, please send us an email instead to [email protected]

As we have stated previously, this game has moved away from HTML5 and will instead be downloadable. Right now, for this specific release, the only supported platform is Windows (64-bit only). The game should run in any up-to-date system with Windows 8 or newer. However, we recommend Windows 10 since that’s what we use for development and testing.

This move enables us to add more exciting features and bring less linear gameplay to you, as being web-based came with a bunch of limitations that wouldn’t allow us to expand. You will see some of these new features in this release of the game, and we hope to expand on them as the game moves forward!

Mac OS and Android builds are being worked on and will be released as soon as possible, with Mac coming first (hopefully within the next week). My sincere apologies for not having these builds ready today.

With Shale Hill Secrets, we have made the decision to move away from a monthly release schedule. We know many will be disappointed by this, but we have no doubt in the long run that patrons will be greater rewarded.

As we said above, we have moved away from HTML5 to bring less linear gameplay and more features, giving the player more control of their options and choices in the game. With this in mind, a monthly deadline wouldn’t allow the team to bring this type of experience to you. Right now, we are aiming to release a new content update every 6/8 weeks. This doesn’t mean the team will be taking a month off in between releases, just that each update will take more work and bring in more content with better quality than before.

We hope you enjoy this first release of Shale Hill Secrets. We are really excited for you to see more of what we have planned. Thank you all again for your fantastic support!

Keep safe and see you soon,
The Love-Joint Team. 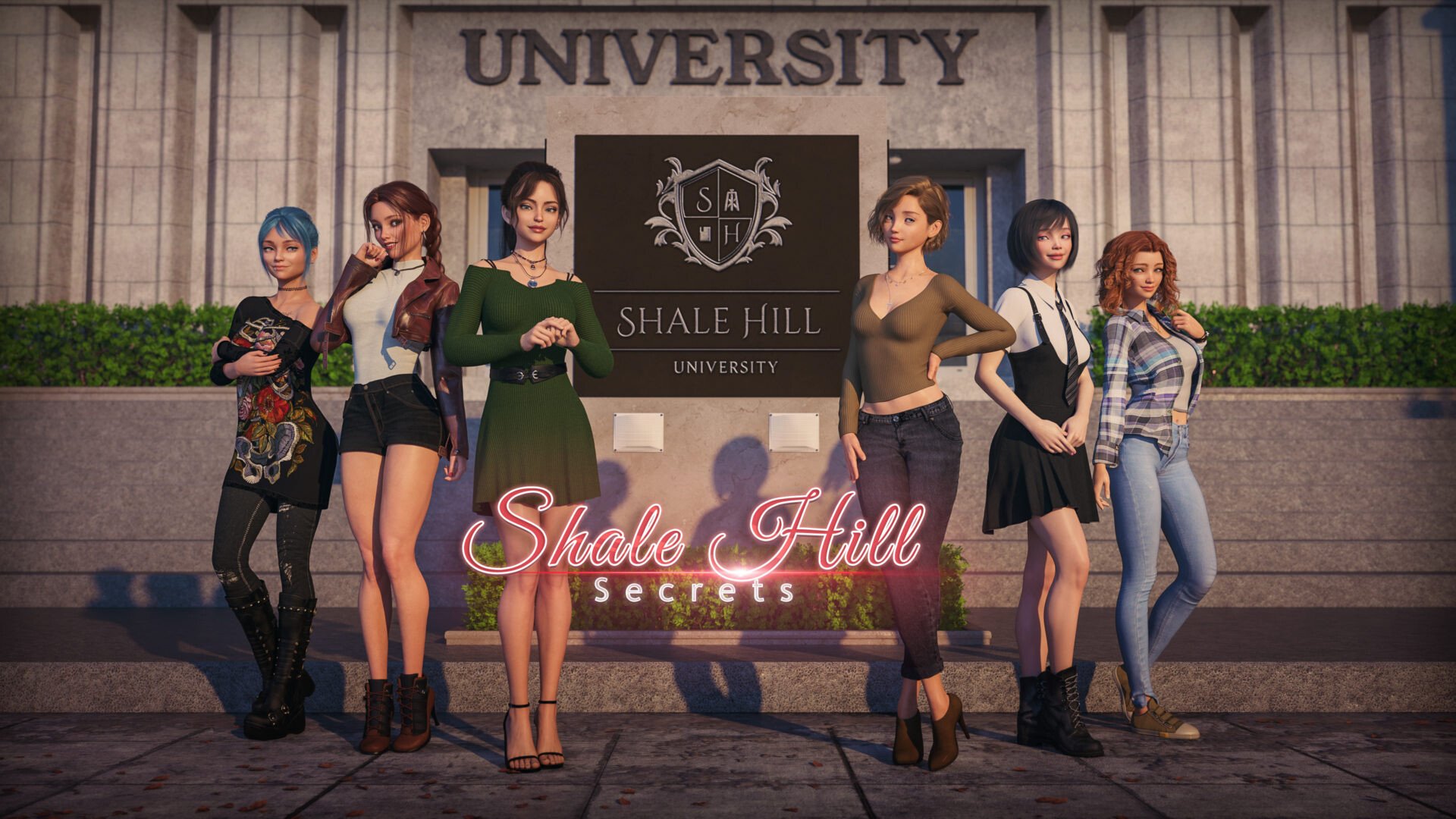