The team of old “Mystery Corporation” comes to the family manor, where the ghost terrorizes its inhabitants… It would seem that the usual adventure of Scooby and his friends, where some swindler in a mask wants to scare everyone… Or not…? You will find the answer in the first chapter of this complicated story.​

v1.3.1
Translation:
– The translation of chapter one has been completely redone.
– Completely redesigned translation of all additional files.
– Translation of the second chapter, along with the sex scene.
Text:
– Rewritten the text of the first chapter to make it more correct. Including the sex scene.
– Rewritten text of additional files.
– Added plot continuation of the second chapter, 14 forks (10 of them are important for the plot).
Art:
– Sprite Iris has been enhanced with new emotions.
– A little redesign of Lilith’s sprite.
– Added Brutus Sprite.
– Added new overlay for main menu and new background.
– The menu for chapter one has been moved to a separate submenu.
– Added 29 new images, of which 4 are animated.
(Full illustrations (not menu items) of the order of 20. illustrations along with various options 41 (2 of them are not used)).
– Added a new sex scene with six illustrations.
(one option not used)
The code:
– The main menu screen has been redesigned.
(Currently, all files in the first chapter are available in both the Extra menu and the submenu of the first chapter).
– Writes the screen for the first chapter’s submenu.
– All changes to the main menu background are now displayed in the submenu of Chapter One.
– A room with a password has been added to the Files sub-menu, the Extra menu.
You can now enter the found passwords there and in the PC version of the game.
All hidden storylines have been moved from archives to the game.
– Fixed the code of the chapter submenu.
– Added the necessary variables to save the consequences of the player’s actions.
(Such as the number of Fred’s murders, murder methods, relations with Brutus, Lilith, Lurch, Iris, etc.).
Other:
– Fixed the bug that broke the menu in Chapter Two if you rewind scenes.
– One of the screensavers has been removed.
– Screen code was rewritten.
– Adapted code for Pk and mobile version.
– Fixed music bug in scenes, in the forest.
– Fixed a bug that killed in the woods wasn’t part of the overall murder counter.
– Fixed new background audio recording (dialog with Brutus).
– Added two new sound effects.
– Reassembled mobile version.
– A whole bunch of little shit that nobody will ever notice anyway…

v1.2.1
Differences between the mobile version and the regular version:
– Files hidden in game folders can now be opened by password in the “Files” menu.
This list includes four short stories.
– Added a new translation version of Chapter Two, edited by DaHobo.
Very much hope for your feedback.
And a slightly corrected translation of Chapter 1 by Kia (This version is being edited by DaHobo).
– Fixed the bug with the sound in Valma’s ruth in the woods.
Now there’s no squeaking music from the selection scene, instead there’s normal sound.
Fixed the bug that didn’t put Valma’s death in the overall death count. Be careful.
– Fixed a number of inscriptions and names in Russian that I hadn’t noticed before (like “gallery” and so on).
– In the patron version, there is an option to skip unread text.
I have made the same corrections to the computer version (Except for files. They are still available only in mobile).
Unlike other mobile versions, the dialogue heads work correctly, the font is normal size and the text does not fall out of place.
If you notice any bugs, write to me. I will fix it in my spare time.
This version is tested for android 10, 7 and 5.

v1.1
– Fixed some translation errors and bugs.
– Scenes in the gallery are now in English.
– Valma’s bus scene no longer shows nipples
– Written “File 6”. Illustrations added.
(6 full-fledged illustrations, 8 supplemented)
– A new avatar by Daphne.
(used so far in only one scene. Not introduced in the first chapter)
– Added chapter selection menu.
(so far only when you press “start” \ “Continue”)
– Added a dummy for the 24th image in the gallery (it refers to the material in the second chapter and will appear later)
– Added alpha content from chapter two.
(five sketches)
– Screen saver of the second chapter is ready
(Not in use at this time)
Version 1.1 is compatible with old save. 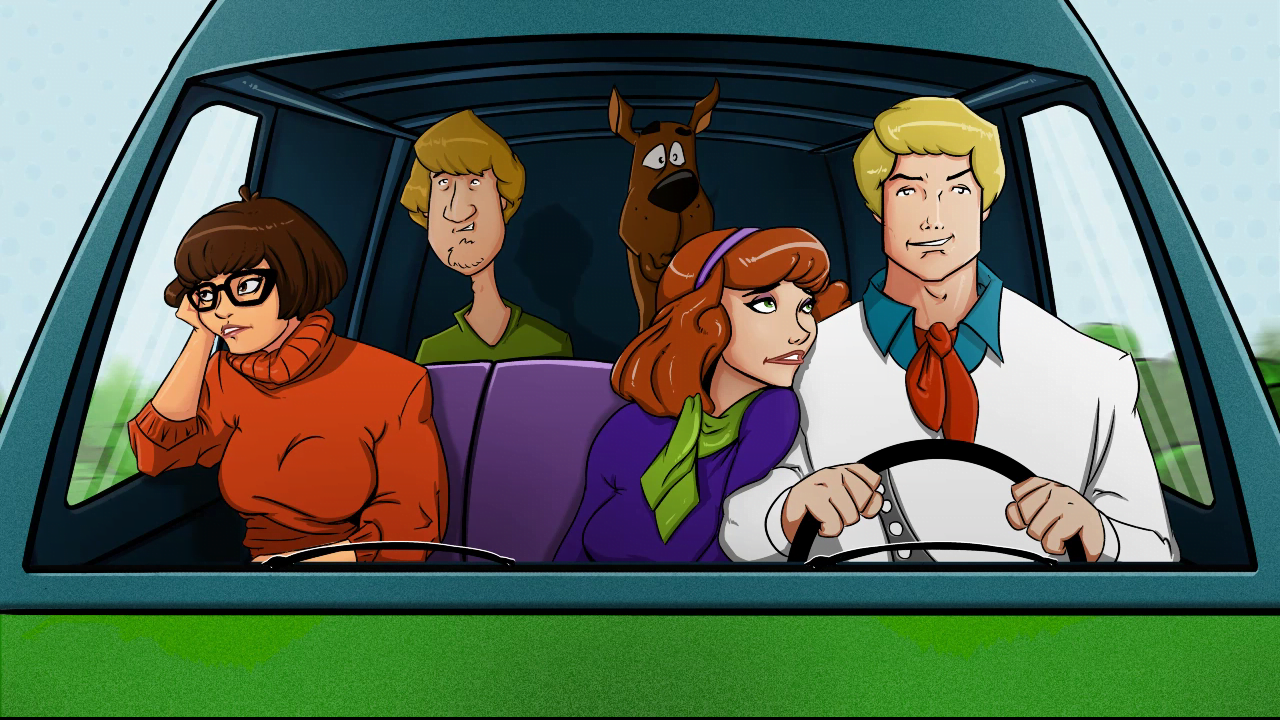