We all know the story: Hero emerges from humble beginnings, slays the tyrannical dragon, and ushers in a new era of peace and prosperity. But here, it’s the other way around. Ravager is a game where you play a young dragon, determined to reclaim their birth right. To do so, you will need to build your power, ally with dark forces, evade justice, and whet your bestial appetites. The game currently spans the first three and a half acts of the story: from your birth to your preparations to besiege the capital. It has a nonlinear plot, with many significant choices to make (and fun to have) along the way.​

v4.1.8
Version 4.1.8, Serenity & Obscenity
This is the last of our interim releases before the major update. It does not include any new written scenes (we’re all busy at Pale Rock), but it does include lots of art, voice acting, and other enhancements.
MVP of this build is Irrelevant_Art, for undertaking to standardise all of our waifu art and side portraits, so that they’re all in proportion with one another. Some silhouettes may misalign with animated idles, until they’ve been rescaled as well.

Tweaks
The dynamic soundtrack has been extended into Malagar’s most recent experiments.
If you are in Power Fantasy mode and have not recruited any hordes by the start of Act IV, the swamps will start off conquered (to avoid an unwinnable fight). Valzira is assumed to have fled, in this case.
Animations have been temporarily disabled in Heloise’s initial encounter, whilst we try to work out why the hell it keeps crashing.
Language selection layout on the main menu has been tweaked.
Fixes
Fixed a broken line of code during Naho’s experiment.
Heloise’s animated idles have tidier hair.
Issa has been reminded to face the right way around, again.
The animation for Operation Sexy Rescue no longer features a giant red square.
Heloise’s waifu scenes have a more consistent background.
Applied some fixes to the Chinese (Traditional) translation.
Restored the Act I translation for German.
Resolved code formatting issues with the German translation.

Version 4.1.7, “Wolves & Woe”
This is an interim release, on the way to our next major update. It is an unusually big interim release.
MVP of this build is the oft-unsung Poghwg, who cut and cleaned and put together the enormous pile of juicy juicy voice acting.

v4.1.4
Chanwe will not spend eternity reflecting.
Chanwe’s final sermon will lead to the correct consequences.
Chanwe’s final sermon will no longer pop an error, depending on your choices.
Darja will only throw you a party during Act IV.
Darja needs to be alive, in your harem, etc, in order to throw a party for you.
Marie-Anne can no longer push you out of your lair during Act IV.
Assorted spelling and grammar improvements.

Tweaks
The ‘Old’ art style is no longer supported.
Characters are more expressive, using our new emote portraits.
Chanwe is willing to repeat previous lessons when testing her faith.
If you didn’t capture Cooch, she comes bundled free with the mercs after recruiting them.
Darja’s cameo portraits reflect her current state of dress.
You may forcibly renegotiate with Mina when you first meet her. She will remember if you do.
You may forcibly renegotiate with Mina when asking for rent.
You have additional options when forcibly renegotiating with Mina.
If you ‘recruit’ Mina after the mercenaries, she will have… opinions upon arrival.
Mina will no longer volunteer her services if the mercenaries are camped directly outside your lair.
Sabetha & Inej’s initial greeting has been added to the scene gallery.

Fixes
Mina’s dress is no longer infested with bugs.
The withdrawal method is more reliable with Mina.
Assorted grammar and stage direction improvements.
And the many many things found during our playtest. Thank you, playtesters!

v4.0.4
Fixed a problem where graphics would not appear after playing the game for the first time. You must start a new game to benefit from this fix.
Performance of animated scenes vastly improved, again (thanks to Tosk).
Heloise’s idle animations will appear more consistently.
Assorted improvements to text and stage direction. 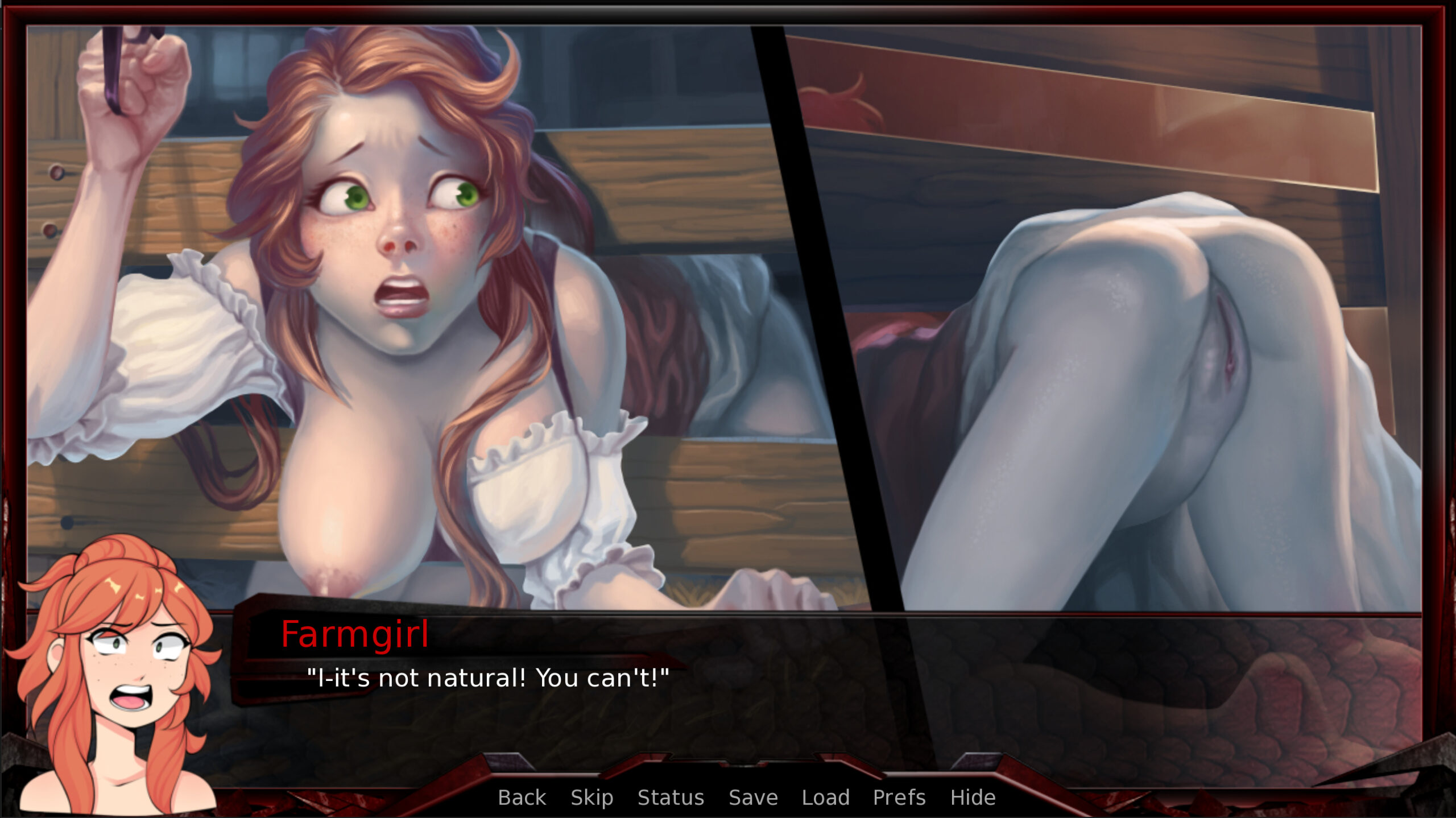