Jamie Last (changeable name) has spent the last couple weeks on a summertime high. At eight-years-old, nothing is better than what feels like endless days of school-less adventures, especially when you live walking distance from the beach. While coming home under a scorching sunset one fine evening, Jamie is approached by a stranger. The man is looking for a kid who can do him a favor, and he’s even offering to pay for it. He wants Jamie to please be friends with his only child. The person is Mr. Holden, Jamie’s new neighbor, as well as the father of the odd, and oddly named boy, Cove. Whether Jamie wants to play along or not, Cove isn’t going anywhere. He’s present in Jamie’s life for far longer than they ever would’ve guessed.

And then the long days of vacation finally come to an end. Summer may not be able to last forever, but Jamie can take comfort in knowing it will come back again someday…

v1.3.1
We’ve released another update! For PC, Mac, and Steam. Android is still in the works. It fixed the issues with the display for the Late Shift CG and the typo/grammar issues reported. You’ll need to redownload/install the base game and Step 3 DLC, or use the Itch app to update things if you have that. Thanks for the reports! 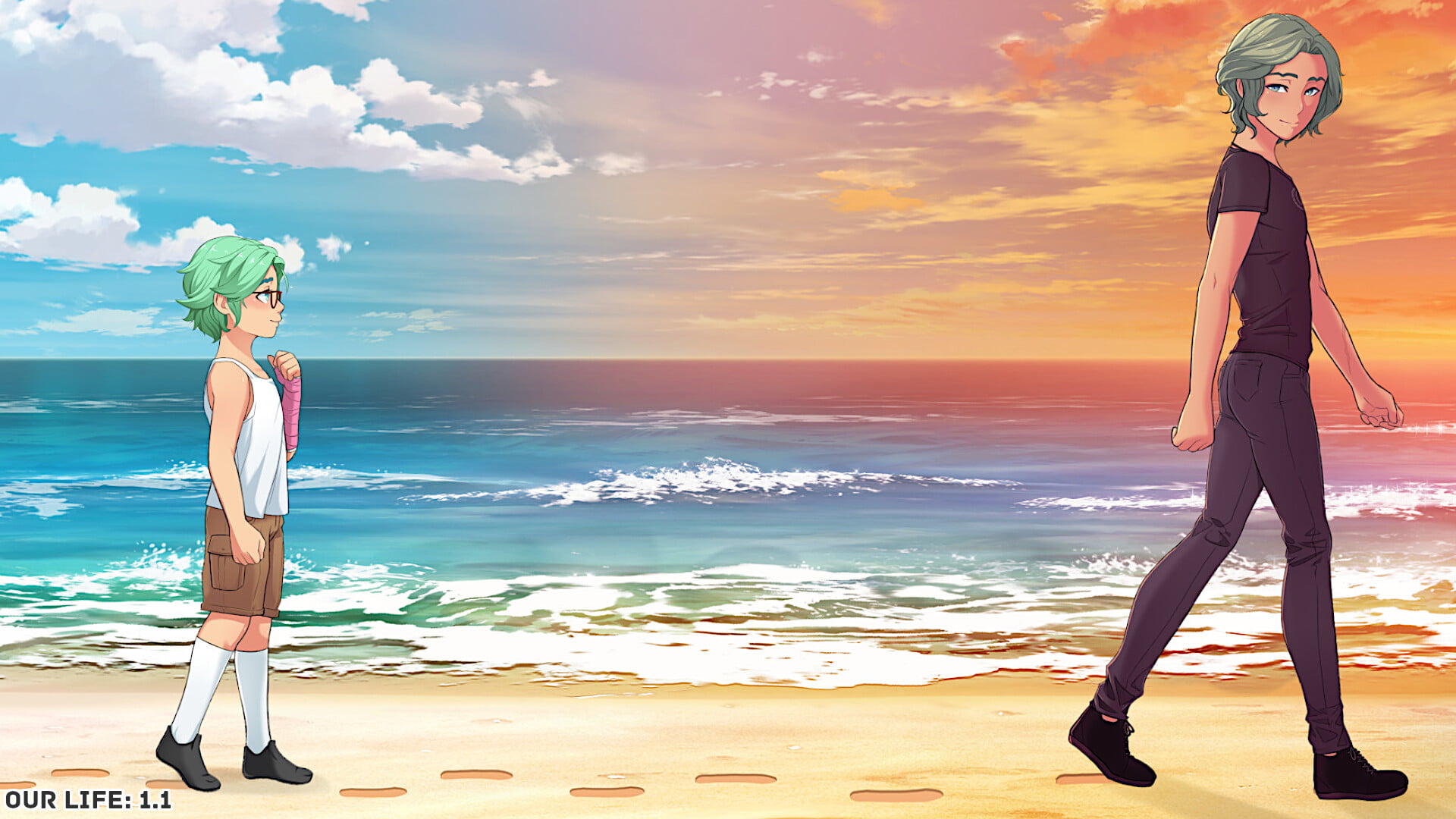