It is a story about love and lust in our lives, about what their absence leads to and what forms they can take. In this game, you’ll be playing as a 28-year-old guy who gets involved in unexpected mystical events. His life gets turned on its head and he has to survive in the new world he’s found himself in. But it’s not as grim as it seems at first glance. As you play, you’ll meet girls who need you just like you need them. Will you make them yours, seduce them, or cherish and love them? It’s up to you. Each of them has their own background, character, and hidden fetishes…​

v0.4b
– Events with Helen and more
– New scene after the credits
– All thoughts are now colored

v0.3
– Events with: Liz, Shinigami, Yui and Club event
– Scene after the credits
– To see Helen massage scene now you will need at least some love or corruptions points
– New interface and other minor changes

v0.1.1
– The text went through proofread and has been edited
– Main Menu music theme has been added
– No new content for now 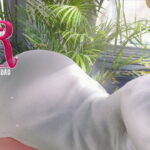