LoveSick Darlings is a visual novel focused on creating and testing the limits of teenage relationships. It explores friendship, high school life, love, and everything in between. The game plays with tropes and expectations found in romance visual novels and dating sims by undercutting this often-romanticized period of everyone’s lives with a realistic edge.

Syd, our protagonist, moved into town at the start of this year. He’s become best friends with a girl called Maisy who lives on the same street with him – and by extension, her friends too. Over time he has become a natural part of this diverse group of friends. The school year is growing closer to its end, and Syd’s friends are pressuring him into asking his crush out to the formal at the end of the year. Will he be able to do it? How will his friendships hold up around him as he makes these big decisions towards the end of this high school year? And what if someone in his own group of friends sees him as more than… “just a friend”? It’s up to you to make these hard decisions and deal with these situations as Syd to decide the fate of him and all of his friends.

And that is where our story begins.

– Complete overhaul of Albie’s story. Now features his struggles at his religious private school and choosing between making Maisy or his parents happy. He has a frail constitution due to a life-saving surgery when he was a baby, but is no longer chronically ill in the way he was before.
– EXPANSION of Maisy’s backstory! Maisy has now only arrived at Foster Hills High the year before Syd got there, after she was expelled from her previous school because of a certain “incident” involving her and another student. This is the same religious school that Albie is still going to currently!
– RESHUFFLING OF EVENTS: The shopping trip with Maisy has been completely rewritten and takes place on on the Sunday of Week 6! And now features Albie! And gift-buying! It’s good fun! I hope you enjoy this streamlined version of advetures with Maisy and Albie.
– ADDITIONAL FREE TIME DAY NOW AVAILABLE IN THE DEMO! Because of the above reshuffling, this means Monday Afternoon on Week 7 has opened up – giving players additional Free Time options in the demo! And a dilemma between Maisy and Steph that day! Who will Syd choose to impress? His crush or his best friend? It’s up to you!

–  BRAND NEW  Title Screen!
– ADDITIONAL MUSIC TRACKS! A few new tracks have snuck into the demo! I hope you enjoy hearing them!
– Albie’s casual outfit and Maisy’s Pyjama outfit have both been implemented!
– Both Albie and Maisy’s birthdays have been retconned. Albie is now a Scorpio, and Maisy is a Sagitarius to suit the in-game dates better (I know this seems minor, but it’s an official retcon!)
– Corrected typos. Fixed some events not triggering properly.v1.3 Demo
First Release 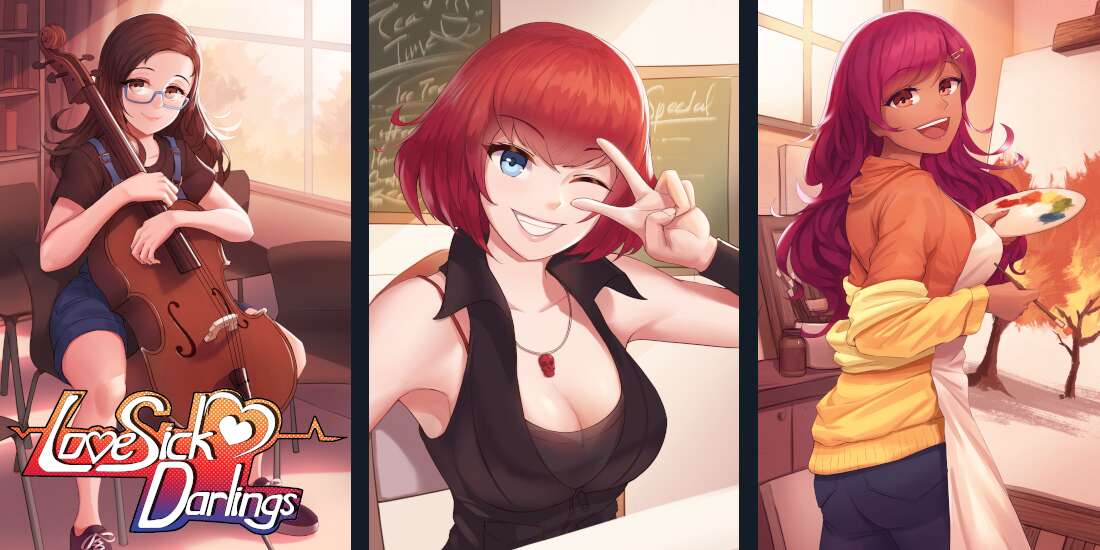