You are the sole male aboard the star pursuer spaceship along with three women. The ship has shut down and the only way to get it going again is for you to fill up the planet seeder (G.A.I.A) with semen. Just because you are the only guy aboard doesn’t mean the others can’t help you out, and who knows maybe they want it more than you do.​

v16.0
Story has been fully reworked and updated
Flight Deck has been updated
Storage Bay has been updated
Defence minigame has had a visual overhaul
Shop girl event updated
The way the alien events function have been reworked

Added languages French,Italian,Japanese, Russian, Spanish
these are done using google for the moment but will be updated in the future

Issues with the game opening in VR or giving a dxgi.dll error have possibly been fixed. I cannot recreate these issues so if you were getting them before let me know if they are fixed now

v12.1 fix
Fixed softlocks during Seeder 100 event, Adrianna night event, Adrianna and Kat on couch event, and returning from alien ship
Fixed Natasha checklist
Game will not switch to unfinished language on launch
Added a way to fix the CreateDXGIFactory2 error for people who get it
will not open steamVR
Text no longer locks in place
Other visual fixes

v10.1
Fixed softlock at natasha's bedroom door and morning event
Changed some scene requirements so progression should be easier
Raw option now available when pills are replaced
Other bug fixes

v9.2
Added auto saves
Improved Map to show entire ship
Added character schedule to the shop which shows what characters will do each day and if there new scenes
Added Tab shortcut for map/schedule
Added Checklist of finished events to computer (some events may not show up even if you have done them before but they if you go through them again it will fix this)

v9.0
1 Adrianna Event Continued
1 New Adranna/Katherine Event
1 Natasha Event Continued
A lot of spelling and grammar fixes
Fixed issues with the map
Fixed some animations
Changed the requirements for some events
Fixed issue causing Adrianna shower to be blocked off
Fixed issue with buying cameras from the store
Player no longer wears clothes during shower/bath events

V5.1
Fixed issue causing fancy dinner to trigger every day
Fixed Katherine workout loop and stuck animations
Added options for resolution scale and shadow quality
Hopefully finally figured out why the game was extremely dark for some players and fixed that issue

V4.2
Fixed loop during pool party contest
Changed how the defences controls to make it easier
Fixed ship upgrades in the store and changed the last upgrade to increase the collection distance
Fixed issue where map was not showing characters in the correct rooms
Fixed softlock when using return to ship

V4.0
New location: The storage floor
The galactic store is now available from the computer
2 new outfits per character
A map can be brought from the store to make finding everyone easier
Extra cameras can be brought once you have collected the attachment
You can now access the ships defences which can be used to collect matter to spend at the store, There are also upgrades for the defences at the store
A new scene involving the store which is similar to the dream scenes once the seeder is at 350

V3.2
Katherine TV and Natasha Morning Event softlocks have been fixed
Seeder Level cap now visible
Requirements for Natasha's breakfast event have been made easier
Adrianna Drunk event has been made easier to unlock
Dreams are now working on from PC
Adrianna wake up Animations have been altered

v2.1
Quick Update for version 2 just fixing some bugs
Also added the ability to use keyboard shortcuts for all things involving the girls so one handed play is possible

v1.2
Bug Fixing Update
The game should no longer be a jerk off till you black out simulator
Interacting with the characters now works so the game should be at least playable now
Player Idle no longer sways
Removed hair floating above first person player
Updated Hints to be more readable
Raised how much seeder fuel you get
Brightness at night increased
FOV slider and camera speed control added to options
Fullscreen mode has been removed as it would cause mouse position issues
Added hide dialogue box button
Added a short tutorial to the intro of the game
Should not be able to go through locked doors anymore
Screen should no longer stay black
Be prepared for bugs, I’ve tried to fix as much as I can but if you do come across one please report it

v1.0
First release
300+ animations
16 events
9 photos
1 Dream sequence
Be prepared for bugs, I’ve tried to fix as much as I can but if you do come across one please report it 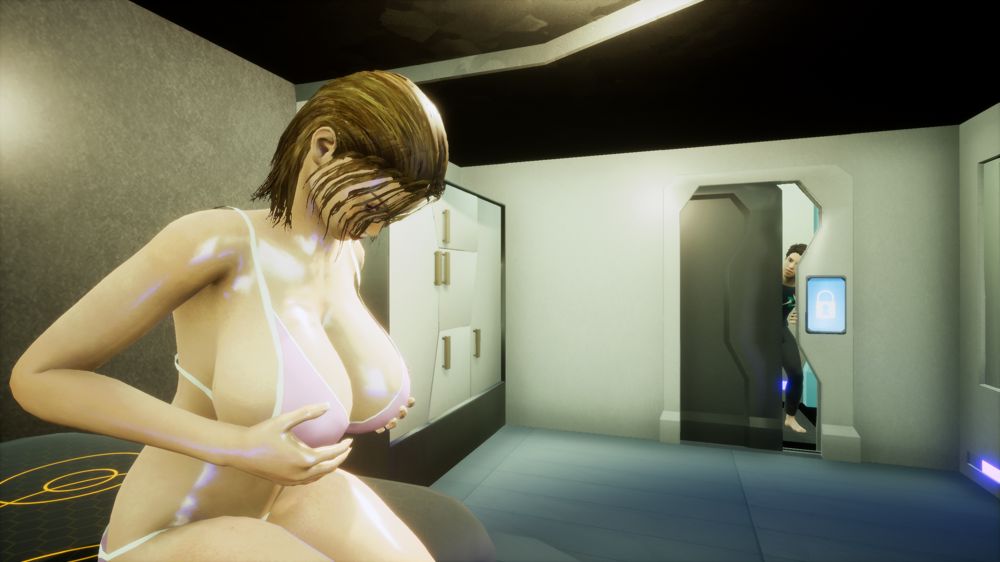