You are the hero – or possibly villain – of this tale, originally on a journey to discover why your family was driven out of your home town, but quickly thrust into events beyond anything you could ever have imagined. As tensions rise between the humans and the mythical creatures that lurk just outside of sight, will you stand as a beacon of hope… or use your newfound power to bring the world under your control?​ 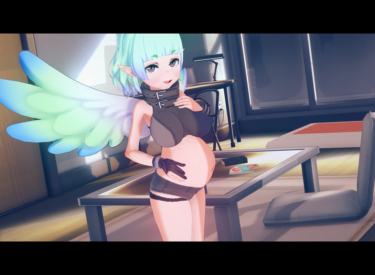 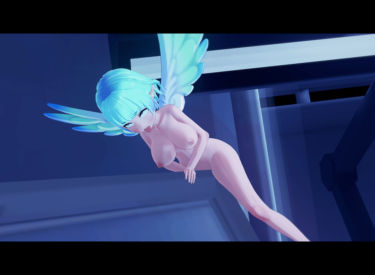 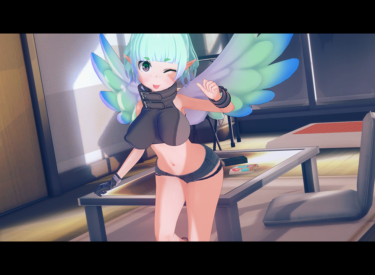 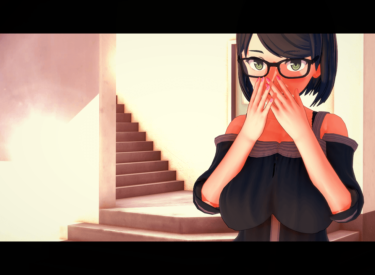 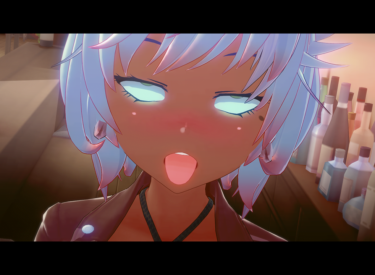 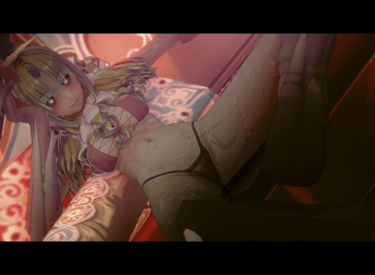 v0.7.9
Organisation:
New Organisation main story event! (Follow your LEAD)
Alice: New mini event for Alice (and Pixie!) Go to the kitchen any weekend morning after doing the latest ORGANISATION event. 50% chance to occur
Kana: You can now have naughty fun at the festival with Kana if her LOVE stat is 3 or higher!
System: Clicking on “Front Door” in the Manor will now warp you straight to the Town Map. Many thanks to pixl for contributing the code!
Cheat: Added a new cheat to the laptop in Act Two: Fey Currency! Get as many crystals as you like with the click of a button! (Added in anticipation of more items being added to the Mysterious Merchant in the future)
Misc: You can now “sdrawkcab kniht” in the Eldritch quest, since too many of you were being too clever
Misc: Added a few more “(Outbreak!)” markers to Chloe’s dialogues
Bug: Typos. They were all “one missing letter” typos this week. Coincidence? Or government plot!?

v0.7.7
NEW CONTENT:
Luna: New Love Event!
Roxy: New Story Event!
Organisation: New Organisation main story event! (Follow your LEAD)
Bug: You can no longer access Asteria’s card before officially meeting her in Act Two
Bug: You can no longer access the Nexus Crystal early in Morgana’s demesne by rushing through the Fey questline
Bug: Fixed the “samntha” bug in the first Jackie event. Who’s Samntha, you ask? It’s Samantha’s dyslexic sister and she will never be spoken of again
Bug: One or two typos

v0.7.6
Jackie: New Jackie Event! (Go to the Apartment via Town Explore)
Kana: You can now give Kana headpats. You filthy degenerates
Pixie: New Hallowe’en Easter Egg event! Make sure you have all three Hallowe’en decorations in your manor room active and that Pixie’s LOVE stat is 4. Then sleep!
Pixie: New outfit! (Commissioned outfit)
Pixie: New “let’s be naughty” outfit option!
Misc: Renamed the Samantha Gallery to “Apartment Girls” to include Jackie scenes
Misc: Slight tweak to the Tunnels map
Bug: Fixed an impassable tunnel in Luna’s Tunnels (and updated the map!)
Bug: Just one typo this week. Woo!

v0.7.4
Roxy: New Love Event!
Madison: New Love Event!
Jessica: You can now “Call Jessica” to the kitchen on mornings when she isn’t there!
Decoration: You can now find a new decoration hidden away in Luna’s tunnels! Where, exactly? Well, it wouldn’t be any fun if I just told you…
Misc: Moved the Town “Explore” icon so there’s no image map overlap with the Church
Misc: Few older render updates
Bug: The usual typos

v0.7.1
Main Story: New FEY event! (Follow your FEY lead!)
Jackie: Introducing Jackie! Just a mini introduction for now, but more to come soon! Visit the burning building in town (WEST > NORTH > WEST) after removing a certain little firecracker from it
The Beast: There is now a 10% chance to have a spoopy dream about the Beast when you sleep. Could it be foreshadowing? Yes. Yes, it’s foreshadowing.
Misc: You’ll now get a message informing you to advance Chloe’s storyline when you try to advance Pixie’s story by sleeping (if necessary)
Bug: Roxy’s card is no longer available before you meet her
Bug: Chloe no longer uses Kage Bunshin no Jutsu during the living room naughty scene
Bug: Little typos

Chloe: New Major Event!
System: Chloe’s events (beach date, club, etc.) are locked now until you complete her event!
Overhaul: CK has received a massive character redesign overhaul! Pretty much every character has been reworked, altered, tweaked or polished! I know this is going to take some getting used to, but I hope you like the new looks (if you do or you don’t, let me know either way – I’m compiling everyone’s feedback – positive and negative – in case I need to change anything)
System: All renders, anims, ui elements, etc. updated to be in line with new character designs
Bug: Couple typos

Main Story: New FEY event! (Follow your FEY lead!)
Pixie: New mini (silly) event! Go to the living room on Wednesday afternoon after doing Pixie’s initial bath scene
Repeatable: New repeatable event! (“Look for Luna” in her demesne at night after Awakening or Shattering her handmaidens!)
Bug: Fixed an issue with a couple of the character cards’ transparencies
Bug: Fixed an issue where Gwen would text you on day one if you restarted the game whilst she was in Moderate or Major Yandere mode
Bug: One or two little typos

Main Story: New ELDRITCH event! (Follow your ELDRITCH Lead!)
Misc: Added a little dialogue exchange between MC and Pixie if you go to Roxy’s demesne, thinking that’s where the “Explore the Town” hint is directing you. Should help prevent further confusion. I swear, if I still get messages about this blasted questline after this…
Misc: Tweaked the Gwen Yandere code so that if you disable it in preferences the text messages stop immediately instead of after sleeping
Bug: Fixed a very rare issue where you’d get the Pixie-rubbing-herself-on-the-laptop scene during the Act One Finale
Bug: Numerous typos and grammatical errors. Whoops!

Roxy: New Story Event!
Gwen: New mini-event! Go to the BATHROOM on MONDAY MORNING
Chloe & Alice: New mini-event! Go to Chloe’s room any WEEKEND EVENING
Pixie: Pixie’s relevant Quirk now unlocks if you pick “small” during her let’s be naughty scene
Misc: Removed the “flicker” effect from skipping past animations (Huge thanks to ViperMagus for figuring it out!)
Misc: Changed “Main Menu” to “Title Screen” in Extras to avoid confusion
Bug: Fixed being able to look at character cards before you’re supposed to if you start a new game
Bug: Fixed an error that prevented Roxy’s event from progressing if you’d already done it then reloaded an earlier save or started a new game
Bug: Gwen no longer gives you the silent treatment on weekend mornings
Bug: Jessica no longer switches to the wrong outfit when backing out of her naughty scenes
Bug: Small typo/grammatical mistakes

v0.6.6
Main Story: New ELDRITCH event! (Follow your ELDRITCH Lead!)
Gwen: New YANDERE System! Every day you don’t do naughty things with her, her yandere count rises a little. Being naughty with her drops it by a large amount
Gwen: New MINOR yandere event – go to the Manor’s front door when she’s at her MINOR stage
Gwen: New MODERATE yandere event – there is a small chance for her to text you throughout the day (the texts get more intense if she’s in her MAJOR stage)
Gwen: New MAJOR yandere event – sleep in your Manor bedroom when she’s at her MAJOR stage
System: Added an Enable/Disable toggle in PREFERENCES for Gwen’s Yandere Mode. If you don’t want all the craziness, just hit “Disable” and she goes back to “normal”!
System: Gwen’s “Playing Card” (in the Heart Menu) now changes depending on her yandere phase!
Gallery: New Side Girl in the Gallery!
Fanart: New fanart in the EXTRAS gallery!
Bug: Jessica no longer does a clothing quick-change if you ask her to be naughty whilst she’s wearing her new outfit
Bug: Can no longer repeat the latest Roxy event infinitely
Bug: The “filled vase” decoration no longer shows up during the Act One finale
Bug: Small typo/grammatical mistakes

v0.41
Annie: New Commissioned Scene! (Mon/Wed/Fri mornings at the BARNS)
Chloe: You can now change Chloe’s personality!
Chloe: New Personality Unlock: “Original”!
Chloe: QUIRKS have been replaced with PERSONALITIES
Gwen: New Quirk! Damaged (doesn’t do anything right now)
Explore: New Function! You can now REMEMBER where you’ve been before (Click on “Remember” while Exploring for a list of events you’ve seen and their directions.
Laptop: New Function! You can now change your name!
System: New feature! All girls now have a “BIO” button on their Heart Menu cards that will allow you greater insight into their personalities and individual game mechanics. Most entries are locked right now, but will be added to in future updates
BIO: New entry added for Gwen!
BIO: New entry added for Chloe! 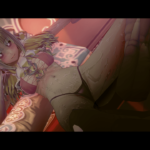 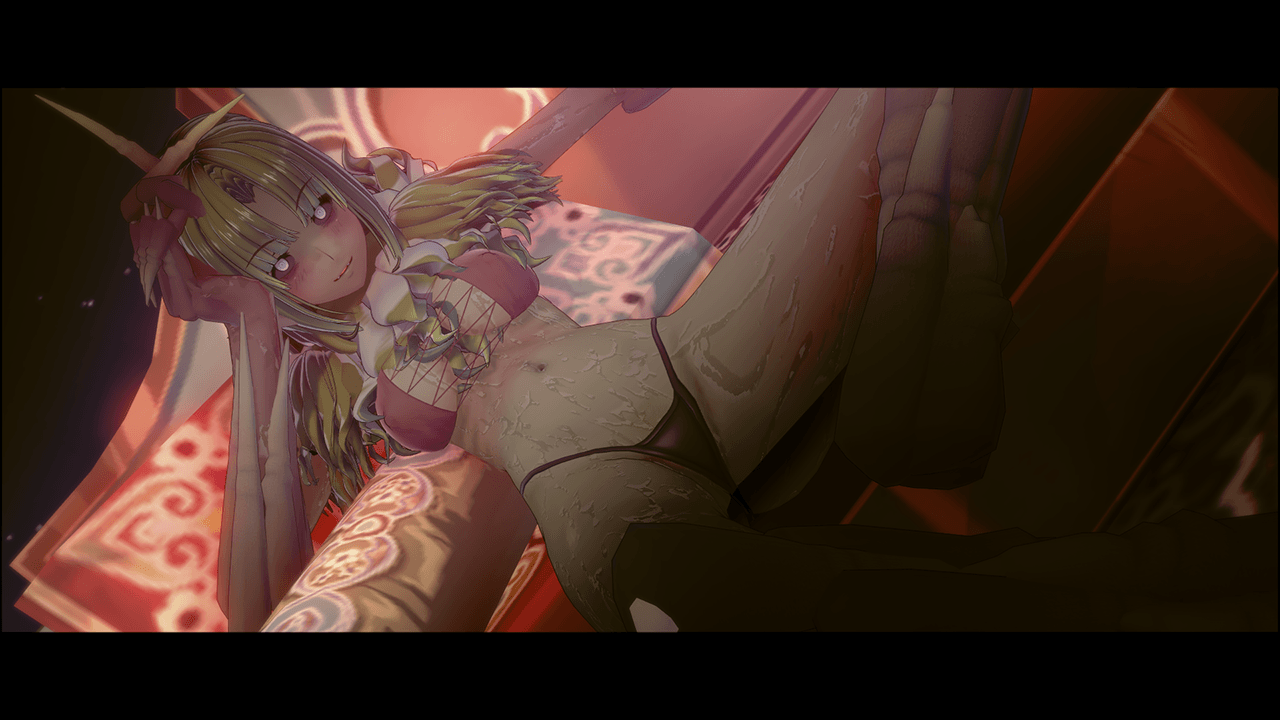