You play the role of Sir Patrik of Akros, a charismatic, handsome and middle aged (for the times) Knight that set by bonds of loyalty and family to the new Countess of Kathia, is bound to gather the fealty of the vassals of his liege, cajole with the outer counts, and overthrow the Duke of Luvia. It will not be only a path of conflict, choices of whom to trust and whom to make a head short, but will let the player enjoy the power fantasy of the Middle Ages, using the lesser and being used by the higher, both for power and for pleasure. In your treacherous journey among medieval politics, nothing will stop you from romancing and lay with any woman that is put in your way, for lust, love or political interest. Not only nothing stops you: Is part of your mission.​

0.19.d1
Game Engine Changes:
-Vram fixes to allow Hartlepool, Pirate Cove & Remember Scenes to be playable on older graphics cards.
-Integration of new video-based animations instead of unity-frame animations (This have four effects, integration of more specific sounds for every animation, lower vram consumption, lower HD space consumption, and as I replace older animation with videos, lower general vram consumption for all the game, as well as longer frame animations on the animations yet to be remastered).
-Big UI reshape, closer to the final looks of the game. Also with the start of the Tooltip system. Now options will show a tooltip explaining what they do, but only a few are active right now (testing). New Romance Menu and Camp Hub worked on but not included yet for various reasons (Like release speed, will be active on 0.20).

While the goal of the update was performance, This update includes:
-An Alternative Reality story based on some weeks before the arrival of Sir Patrik to Hartlepool about an old friend of us.
-A new ingame (hidden) quest with choices, conflict, with two new girls fun.
-The Old Tower conclusions.
It is a small update on content but longer than other small updates and fun-content packed.

Bugs/Fixes:
0.19.b3 Updated:
Problems on some saves not allowing a quest start.
0.19d1 Updated:
-Some fix on the new UI
-Some scene not been able to be repeated
-Added Journal entries

Known Bugs:
– None. UI could have more tweaking.

Play Notes:
-Old Tower content after finishing any Canary Trail paths.
-Hidden quest available after visiting the Porthouse for the first time and talking with the Silk Road at the south docks.
-South Docks are now selectable at night. They come into play in the final parts of the new hidden quest.
-New Alternative Reality scene is included in the appropriate menu.

v0.14c
Summary:
– More than one hour of gameplay.
-Around 1.700 lines of dialogue (for a total now of 11.000),
-More than 20 animations.
-New items and resources.
-Some really nice big moments!
Changelog 0.14 Patreon Release:
-Some Hartlepool resolutions wich contains:
-Full Diplopath to solve Rat Problems Quest, and rewards related to it.
-One of the ways of finishing Acallarian Ladykilller path.
-Penketh new interactions.
-Knightly Path Quest progression.
-Extra Hannah content on Akros Manor.
-Interactions with the new items and resources added everywhere.

-After finishing the update some things may look a bit on the air (same that happened with 0.13) waiting for the rest of resolutions that will come with 0.15, which will take around a month to code/finishing making some extra scenes.
General Fixes:
-Typos and general fixes (including performance)
-Some ways of passing night at hartlepool counting for numbers of days passed at Hartlepool (Usefull for some time based events)
-Canary Trail Sneak trip repeating in some old saves and not allowing progression to 0.14.
-Fixed a Robin Animation
-Fixed Penketh’s Afinity menu not going away in some circumstances.

Things to expect on 0.15.
-Full Canary Trail Warpath and rewards related to it.
-All possible extra main story resolutions (Mercs, Belinda…)
-Hartlepool resolution Leffrin events.
-Remember cutscenes active on Hartlepool Fortress room for all scenes not available again due to paths taken.
-Meanwhile at Grassmere scene.
-Akros Manor Plus Ultra Quest Progression.
-Some Marzapan!
-Some Polled extra content.
-Everything will be ready to continue our travel in 0.20.

Known bugs on 0.14.c:
-For now none. There is a typo that doesn’t show a variable in a conversation with the Meat Merchant, I’ll fix that when I have to make a new release.

Known “story bugs”:
-There is some story inconsistency if the player finish all the canary trial quest without doing some things first, like ending the current Belinda storyline (delivering package, Dolce etc), or if the player never visits the West Tower. I’ll fix some workarounds for this in 0.15.
People that play every update won’t find this problems, but someone can hit into them if playing blindly for the first time.

General troubleshooting if you have an old save where the sounds don’t work:
-If you have a Save where sound and ambience doesn’t sound (only music), opening the cutscene pause menu (during a cutscene) and closing it again for a moment fixing it.
I’m still searching for a definitive fix.
Have fun and stay safe!

(This is not a content release, but technical. But has new content tho).
Technical:
– Some Menus refurbished to work smoother
-Added the Credits menu (but is still a bit WIP)
-Fixed Stats menus not showing more than 500 stat points.
-Added the Titles bar (still a bit WIP)
-Now the Stats menu will show the one-time Path Choices, but this will make sense when the Romance menu is reworked, so the player will be able to track where that choices lead to (but low on spoilers). Expect the new Romance menu to start appearing progressively in 0.13p2.

Content: (626 renders for 15 animations)
-Katerina Dinnerhall lewder option now available.
– Katerina new scene root (in patrik room, talk with her in the garden). For the moment that scene root only has a new scene.
-Mina Lewd Path advance
-Now you can access two Mina root scenes talking to her in the garden (the one that starts with bedtalk and the first scene with her in her room with a new quality animation. 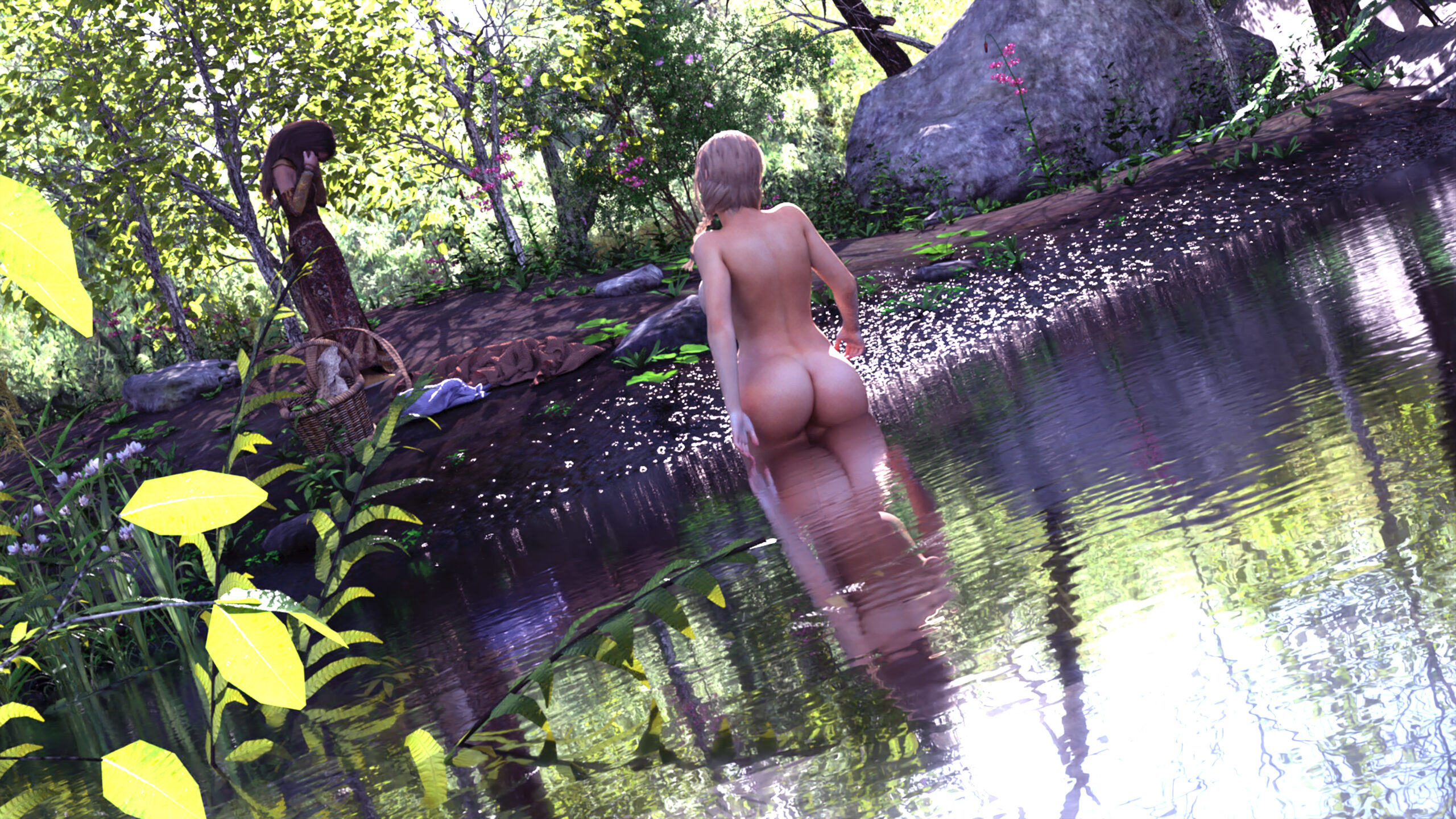